MABVUKU- A married butcher stands accused of having a sexual relationship with a mentally-challenged under-age girl in exchange for meat. Givemore Marekwa, 32, who works at First One Supermarket in Mabvuku, has become the talk of the neighbourhood. 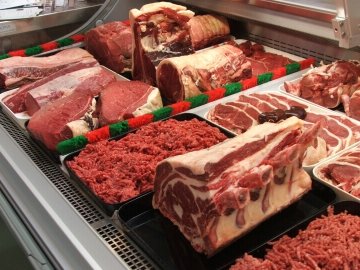 Local Harare tabloid H Metro reports that Givemore and his victim (name withheld) would use a toilet at the butchery as their love nest. The illicit affair only came to light when the girl refused to go and stay with her brother in Marondera insisting she would not leave her lover behind.

When the young girl’s mother enquired – according to sources — it was established that she revealed that she was dating Givemore. It also emerged that the girl would take long after being sent to buy meat having sex in the toilet with Givemore.

Girl 14 cries, pleads with the court, not to jail boyfriend…

When H-Metro visited Givemore at the supermarket, he denied the allegations but confirmed the alleged victim was a regular customer at the butchery.

“I am tired of being asked about that. Her relatives have been asking me the same questions and I know that you H-Metro have found a good story to publish so you can go ahead.  I know the girl and she was here before. I gave her my work-mate’s contact details because I am married with two kids.

“She told me that she was leaving for Marondera for some time and I am aware that she is mentally challenged as my regular customer,” he said.

The girl’s aunt also said they had decided to take the young girl to Marondera to protect her from men who were abusing her.

“We had agreed to take her to Marondera after we caught her having sex with my tenant here. I chased one of my tenants away after he confirmed before his wife that he was having sex with her.

“I’m now worried that the butcher man is also abusing her because she is mentally challenged,” she said. Surprisingly, the aunt never made a police report despite unearthing Givemore’s alleged immoral act. H Metro

Girl 14 cries, pleads with the court, not to jail boyfriend (20)