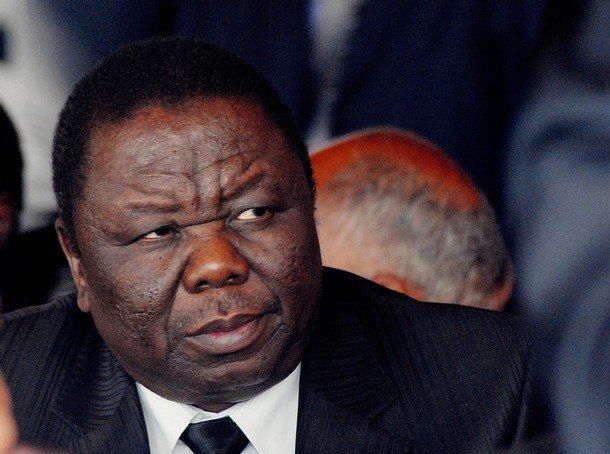 HARARE – Prime Minister Morgan Tsvangirai and the MDC are pushing for the murderers of the 2008 political violence to be brought to justice without any further delays.

But Attorney-General (AG) Johannes Tomana, whose job it is to prosecute these killers, continues to dither and sit on the cases — accusing the MDC of cheap electioneering.

The MDC says it is keen to ensure that perpetrators of the 2008 violence are jailed to prevent them from committing more atrocities as President Robert Mugabe’s Zanu PF desperately tries to use the next poll to overturn its 2008 electoral defeat.

Churches, civil society and election observer groups largely blame the 2008 violence on the military, as well as Zanu PF supporters — who were all battling to overturn Mugabe’s embarrassing and dramatic defeat in the March 2008 first round presidential poll.

In that light, the MDC says it wants Tomana to use his constitutional powers to force the prosecution of the “murderers” who are still roaming free and appear to enjoy police protection. The party has implored Tomana to invoke Section 76 (4a) of the constitution to order the commissioner-general of the police Augustine Chihuri to investigate the murders.

The party has also approached the Joint Monitoring and Implementation Committee (Jomic), an organ set up under the Global Political Agreement (GPA), to monitor the implementation of the power sharing accord. Deputy Justice and Legal Affairs Minister Obert Gutu, who is also a top official in the MDC, says the party will this year exhaustively pursue the matter.

“The MDC is still pursuing the matter because it goes to the very root of foundational concepts of democracy, transparency, accountability and good governance,” he said.

“Naturally, the MDC will not rest until such a time that the perpetrators of  these brutal murders and other heinous crimes are brought to book. As they say in Shona, mhosva hairovi (you can not run away from the law). It is a fact that no less than 200 MDC activists were brutally murdered between March and June, 2008.

That period in time was a reign of terror,” Gutu told the Daily News on Sunday yesterday. Gutu accused Tomana of shielding perpetrators of the 2008 violence, saying the AG had been sitting on dossiers containing details of the gruesome 2008 violence “for ages” without acting.

He rubbished the MDC’s concerns, saying the party should follow due process. Tomana told the Daily News on Sunday that he could not invoke the constitutional provisions directing police to investigate the murders when the MDC had failed to meet key conditions for that to happen.

“The Attorney General invokes that power where it is very clear before him that there is a witness who has cared to actually go all the way to assist the police with all the requisite information that is required,” Tomana said yesterday.

“I can only invoke that power when they (police) are not doing what they are supposed to do for example, this could either be because of corruption in the sense of showing favour, or fear because certain threats have been made to them or prejudice,” said Tomana.

“Police stations have jurisdictions because an offence that is committed in Magunje is reported in Magunje and investigated in Magunje. Now we will then check to see whether that report was actually made, what the CR Number is and then over and above that we can certify that yes, the IO (investigating officer) did less than what  he is supposed to do.

“We refer you to the DisPol (Officer Commanding District). If the DisPol doesn’t help, we refer you to the province. If they don’t help we find that there is a real responsibility? You go up to the PGHQ (Police General Headquarters) itself,” said Tomana, explaining the due process necessary before he can act.

In the meantime, MDC secretary-general Tendai Biti has also furnished Jomic with a list of the murders that were perpetrated against MDC supporters in 2008.

Zimbabwe has struggled to regain stability ever since and tensions have been rising again ahead of another election, to be held possibly next year.

“The MDC implores you to ensure that the Zimbabwe Republic Police are made to enforce the rule of law by causing the arrest and prosecution of the perpetrators of these murders,” Biti wrote to Jomic national coordinator Patience Chiradza.

“It is inexcusable that almost three years after the perpetration of these murders; absolutely nothing has been done by the police to arrest those who committed the murders.”

Police spokesman Oliver Mandipaka declined to comment saying Jomic must answer the questions since the MDC had chosen to write to them.

“They have written to Jomic. I cannot answer for Jomic,” Mandipaka told the Daily News on Sunday. “He (Biti) will get his answers from Jomic.”

Biti’s letter was copied to co-Home Affairs ministers Theresa Makone and Kembo Mohadi as well as Justice and Legal Affairs minister Patrick Chinamasa. The letter further quotes a speech made by Vice President Joice Mujuru at the Celebration Centre in Harare on December 7, in 2010.

“If you are out there and you kill in the name of Zanu PF, the law will catch up with you because an offence (once) committed should be brought to justice,” Mujuru is quoted saying at the Celebration Centre in the letter.

“Zanu PF won’t protect you. We don’t want to be a country known for murder and harassment.”

Said Biti in his letter: “Indeed, Vice President Mujuru acknowledged in December 2010 that Zanu PF supporters had committed  murders in 2008.” Attached to Biti’s letter was a letter to Tomana written by the MDC director of security and intelligence, Chris Dhlamini, containing the names, districts, dates and summaries of 2008 murders and other violent activities.

“Villages, particulars and locations where the deaths occurred can be supplied by the MDC leadership in respective districts given in the said document,” Dhlamini’s letter to Tomana says.

“The deaths occurred in 2008, over a period of time extending from April 2008 to December 2008. We will forward to you any further reports from our members as they come. Information available suggests that the deceased were murdered, by, in some cases people who the deceased’s relatives and neighbours will be able to identify or name,” the letter reads.

The MDC intelligence supremo says in his letter to Tomana that reports in some cases were made to the local police stations but the report references were not given to the informants.

“The police have not gone back to the informants/relatives to inform them of the levels of achievements in their efforts to deal with the said matters in accordance with the law,” reads the letter.

Suspected Zanu PF supporters, war veterans and intelligence officers were accused of carrying a retribution exercise against perceived MDC backers in Mashonaland Central and East in the run up to the June 2008 presidential run-off.

Tsvangirai pulled out of the run-off days before polling, citing massive violence and intimidation against his supporters. Mugabe went ahead with the poll widely condemned as a sham and installed himself as the winner of the one-man election.