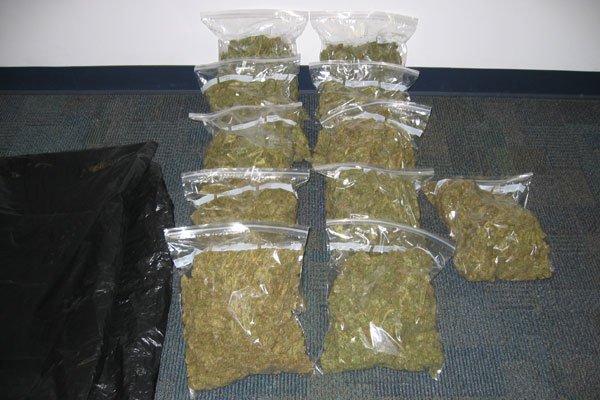 CHIVHU- A vehicle carrying 714kg of Mbanje with a street value of US$140 000 overturned near Chivhu along the Harare-Masvingo highway early Wednesday morning, leading to the arrest of two suspects.

The dagga was stashed in 19 bags when the car overturned at around 3:40am. National traffic police spokesperson Inspector Tigere Chigome yesterday said details of the accident were still sketchy.

But, two people were arrested while an undisclosed number of accomplices fled. Insp Chigome said the Nissan Elgrand, which the suspected drug peddlers were using, was travelling towards Masvingo when it had an accident at the I56km peg.

“The Nissan Elgrand was being driven by Admire Gutu and it is believed it had three or more passengers on board and the 19×90 bags of mbanje. The driver, Admire lost control of the vehicle and veered off the road to the left.”

The vehicle overturned twice before landing and no one was killed. The driver and another accomplice were injured and police who attended the scene discovered the two together with the bags of mbanje,” he said.

“After discovering the mbanje, police from the dog section were called in to trace the other accomplices who are suspected to have escaped. The number of people who were in the car is not yet clear and police are continuing with investigations.”

Insp Chigome said the injured men, who were hospitalised under police guard, were assisting with investigations. Their condition could not be ascertained by late yesterday. The car and the contraband were impounded and are at Chivhu Police Station.

Cases of people dealing in illicit drugs are on the increase. Recently, a Malawian was arrested near Nyamapanda Border Post after trying to smuggle over 700kg of mbanje into Zimbabwe.

Two other men were arrested in Chivhu after they were found in possession of 9kg of mbanje. Police in Beitbridge last year discovered a two-hectare mbanje plantation and arrested two people, including a village head.

In 2006, police arrested 29 suspects, most of them women aged above 50 years, for cultivating mbanje on more than three hectares of land along Umzingwane River in Matabeleland South.