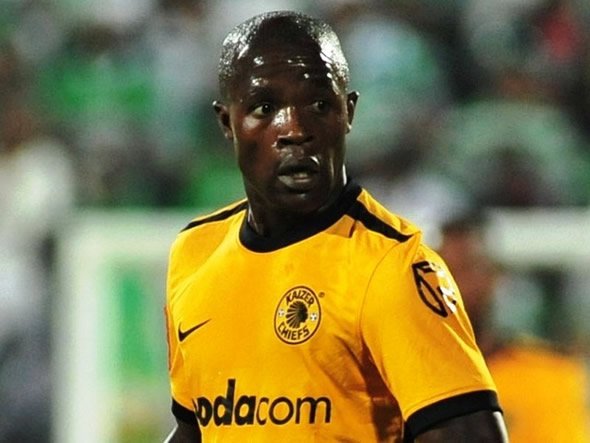 HARARE- Secrets are often shared and kept amongst friends but when shared between mother and a celebrity son it might just be a whole different ball game as Zimbabwe’s international soccer star Tinashe Nengomasha has just learnt.

Anna Nengomasha, mother to Tinashe who plays for a top South African soccer side Kaizer Chiefs and the Zimbabwe senior men’s team, has revealed soccer secrets that her son may not have wanted disclosed.

Anna told guests in a speech at Tinashe’s wedding in Harare on Christmas Eve that she realised her son might not be amused if she revealed some of his soccer secrets but felt the world must know a bit more about her celebrity son’s untold stories.

And so in quite a humorous manner she told her story to guests who by then were sitting on the edges of their seats in utmost anxiety. Across the floor on the high table Tinashe sat quite upright eyes fixed at his mother and with a little glowing smile as if unbothered.

“I want everyone to know that in the early days when Tinashe was called to the national soccer team he would skip training and officials would come home in search of him. And so I sat Tinashe down and demanded an explanation.

“Little did I know that my son was such a coward. His explanation was that his absence from the national team training was because he was afraid of playing alongside Peter Ndlovu,” Anna said to a burst of thunderous laughter from the floor.

True, Ndlovu at that time was such a colossal footballer who might have cut an intimidating image to younger and inexperienced team mates. He was in extraordinary form and at his peak in the premiership league in England and also captaining the Zimbabwe national senior soccer team at the same time.

Then Anna moved to the next secret, not really humorous but touching and reflecting a mother’s love and support.

She said she was a member of an apostolic sect and that every time Tinashe goes into a game with Kaizer Chiefs she would go into fasting for 24 hours before every game and her son would nearly always have a great match.

Tinashe has been with Kaizer Chiefs since 2002 when he joined the South African side as a 19-year-old rising to captaining the side and contributing significantly to all of the Chiefs’ silverware.

At one point he was voted the best premiership player in South Africa and continues to do Zimbabwe proud across the width and breadth of South Africa. Approached by Radio VOP Tinashe could only say: “Ah, what can I say? You know mothers.”  Radio VOP