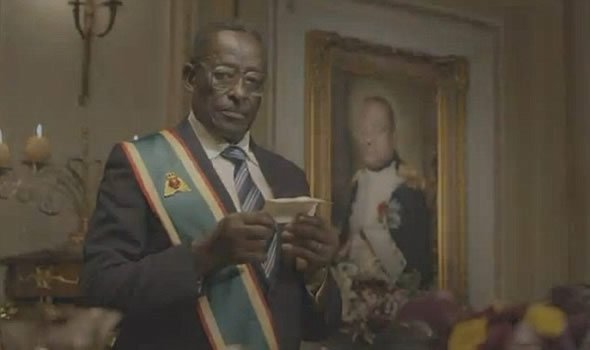 A violent mob of Zanu PF militants known as the Chipangano gang on Tuesday threatened the Nandos restaurant chain whose latest advertisement depicts, the aging Robert Mugabe as the “the last dictator standing.”

To the soundtrack of Mary Hopkin’s hit song “Those were the days, my friend,” the Nandos commercial shows an actor playing Mugabe reminiscing about his times with former dictators. It portrays him and Gadhafi engaging in a water-pistol fight, with Gadhafi wielding a golden AK-47 water pistol.

Jim Kunaka who leads the Chipangano gang is quoted by state controlled radio calling for a boycott of Nandos in Zimbabwe saying the restaurant chain risked action. Kunaka now wants the South Africa-based Nando’s to apologise and withdraw the ad. His threat seemed to work with the head of Nando’s Zimbabwe saying they were independent of their SA counterparts.

Jim Kunaka denied bail, magistrate says he has propensity to…

Musekiwa Kumbula, corporate affairs director at Innscor Africa, holders of the Nando’s franchise in Zimbabwe, said in a statement the 60-second television commercial widely seen on Zimbabwe websites was generated in South Africa for its market and clientele. The Innscor group “strongly feels the advertisement is insensitive and in poor taste,” he said.

But, he added, “No consultation takes place between different franchises when they are formulating marketing strategies.” It is an offense under Zimbabwe law to insult Mugabe or undermine the authority of his office.

Mugabe once maintained close ties with Gadhafi. But relations became strained over payments for a gasoline deal during acute fuel shortages. Additional reporting from Associated Press

Tsvangirai ‘lover’ slept outside his house for 3 days