Full text of speech by US Ambassador in Bindura 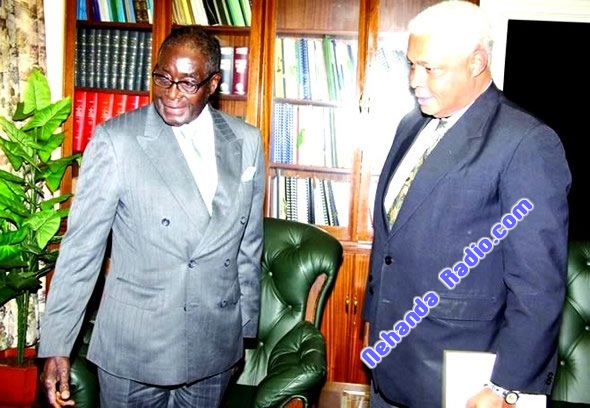 The following is a speech by United States Ambassador to Zimbabwe Charles Ray  at the Chakona-Muunganirwa Irrigation Scheme in the Bindura District, November 23, 2011.

Good morning, and thank you for such a warm welcome.  I am especially grateful to the District Administrator, John Chihobo, for joining us today and making this visit possible.

I would also like to thank Paul Chimedza and his colleagues from Africare for making all of the arrangements.  Most of all, I wish to thank our hosts here at the Chakona-Muunganirwa Irrigation Scheme.  It is generous of you to neglect your potatoes and other crops this morning to show me around.

In the United States tomorrow is our national Thanksgiving holiday.  Farmers in America have just finished their harvest, so this is the right time for Americans to reflect on the natural bounty and blessings we enjoy.

Hopewell Chin’ono: I bore witness to a painful experience at…

Where we are standing today is also a good place to give thanks.  For instance, I heard that Mrs. Mutandadzi has already harvested over one-and-a-half tons of potatoes from her plot.  This will allow her to buy the inputs she needs for an even better harvest next year.

And I am told that Mrs. Muzama from Imbwanhema has done well enough with her rabbits to buy a cow and inputs and pay for her child to do O-Levels.   So let us give thanks.

With good weather, hard work, and some help from Africare, over 5,000 families in Bindura and Guruve districts have become more productive and increased their incomes.  That means over 20,000 people in this area are better off, and thousands of children are able to stay in school.

Some people would look at this success and call it development.  I prefer to call it empowerment. “Empowerment” sometimes gets a bad rap, but it is a good word for the expanding possibilities that we all should be thankful for.

This morning I have met many farmers who empowered themselves through higher productivity.  Their investments of much labor and a little capital allowed them to get the most out of the land.  Access to markets allowed them to transform their surplus into whatever else they need and want.

Everyone remembers how bad it was here in 2007 and 2008 when there was nothing to sell or buy. The market disappeared, and everyone suffered.  In Bindura and Guruve districts today, Zimbabweans are bringing markets back to life.  And markets empower people.

The main reason markets empower people is that they don’t care who you are or where you came from.  All that matters is what you can do.  I think Zimbabwe’s leaders understood that when they called for land reform at the dawn of Zimbabwe’s independence.

It is a simple idea that we all understand: give people land and the skills to make it productive and you give them a chance to succeed.  The old distinction between communal farmers and commercial farmers is no longer valid.  Any farmer who sells into the market is a commercial farmer.

Farming is a way of life for many Zimbabweans.  But it is also a business that empowers people when the government allows markets to work. Many of the Zimbabweans I have met think that my government is unhappy with President Mugabe and ZANU-PF because of land reform.  Let me take a moment to set the record straight.

Long before Zimbabwe had A1 or A2 farmers, the U.S. government recognized that land reform was necessary in Zimbabwe.  Access to land for more people was clearly needed for Zimbabwe to achieve the human dignity people fought for. Yes, the U.S. strongly opposes the violence and displacement through which land reform was achieved and which ended or disrupted far too many lives.

But let me be clear that we do not oppose the general aim of land reform, which is to economically empower people by helping them to build better lives through jobs, income generation, self-reliance, dignity, and opportunity.

The United States – and I personally, for that matter – believe that land reform is still necessary in Zimbabwe.  Far too much of Zimbabwe’s farmland lies fallow.  Far too many Zimbabweans –black, white, and in between – lack opportunities to make the most of their talents, ideas, and ambitions.

I believe that Zimbabwe can achieve far more with its fertile land and talented people, and there are many ways to expand production and achieve a more equitable distribution of its benefits.

The United States urges Zimbabweans and their government to look positively to the future.  Politically motivated dispossession and retaliation create conflict, not empowerment. At some point, a society must shift from focusing on revenge for sins of the past to instead centering its efforts on building a better future for all of its people.

While I cannot advise you on how to tackle this problem, I can and do listen to Zimbabweans who think constructively about it.  What I hear from them is encouraging.  I find that they agree more often than they disagree.

One thing they agree on is that the administration of land should be more transparent and more flexible.  With transparency there will also be fairness.  With flexibility comes greater efficiency and more production.

The market does not care who tills the land; but the market does care about the rule of law and respect for property rights.  People who can make good use of land should get a fair chance to make it as productive as possible without undercutting the production of others.

Another group that I listen to a lot is American business leaders.  They see the opportunities that come with Zimbabwe’s economic recovery.  But they worry about the security of their investments.  The violence of how land reform was carried out in the past is the main reason for this concern.

As Zimbabwe moves into its future, perhaps its greatest challenge is to show its own citizens and foreign investors alike that their claims to property are safe.

Whether you are a farmer with a leasehold, a business holding the title to a warehouse, or an investor with shares in a company, you will not be able to prosper unless everyone knows that your claim to that property is secure and cannot be taken from you without due process.

To create this sense of security that Zimbabwean and foreign investors require, it is vital that the rules be both clear and consistently applied.  The American investors I speak to all have the same message for me: uncertainty around property rights is a deal-breaker.

But as Zimbabwe pursues these objectives, I hope you will remember that true empowerment does not come at your neighbor’s expense. As we give thanks today in this place, we should look around and notice how thousands of families have empowered themselves by building something new.

In a few weeks’ time, you will see in these fields the green shoots of your next harvest.  I hope that harvest will remind you of my country’s partnership with Zimbabwe. It is a partnership that I hope will help Zimbabweans renew and build their country together.

In Zimbabwe ‘verbal grenades’ will not win votes

Hopewell Chin’ono: I bore witness to a painful experience at the US embassy in Harare