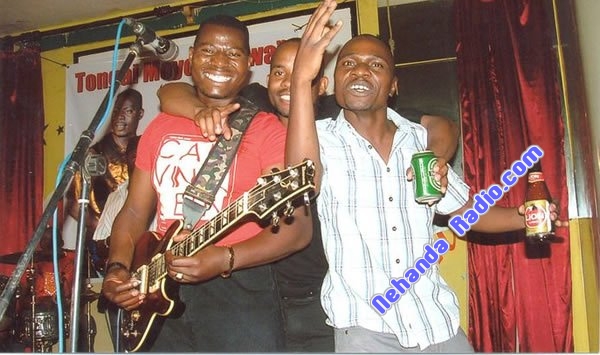 Zimbabwean music legend and Sungura star Tongai Moyo has passed away at St Annes Hospital in Harare at about 2000hrs on Saturday. Dhewa as he is affectionately known by his legion of fans finally succumbed after a long struggle with Non-Hodgkins Lymphoma.

According to several reports there was chaos backstage at the Lion Lager Beerfest as news started arriving of the sungura maestro’s death and artists started making plans to travel to the musician’s home. Recently Moyo failed to turn up for the Zim’s Finest concert as he was reportedly too ill to perform.

Moyo has been in and out of hospital and in September Nehanda Radio.com reported how he was diagnosed with a brain tumour when he was admitted in hospital over one weekend. During that time his condition deteriorated so much he started having convulsions.

Dhewa, with more than 10 albums to his name, proved that he was a force to reckon with in the music industry as his fame spread to as far afield as the United States and the United Kingdom. His efforts were rewarded with several awards at the Zimbabwe Music Awards in the past.

The ‘Samanyemba’ and ‘Naye’ star was battling non-Hodgkin’s lymphoma, a cancer which affects cells in the lymphatic system. The non-Hodgkin lymphomas (NHLs) are a diverse group of blood cancers that vary significantly in their severity, from indolent to very aggressive.

Last year in May his wife Barbara Muchengeti died at Kwekwe General Hospital after taking poison following a domestic dispute. Things took a bad turn when Moyo invited his younger wife to stay with them. Also last Moyo took a public HIV test to kill off rumours that he was in fact battling the illness.

The singer is said to have tested negative for the HIV virus according to the journalist who accompanied him. At the time of his death Moyo was undergoing intensive radiotherapy as part of his treatment. Nehanda Radio.com