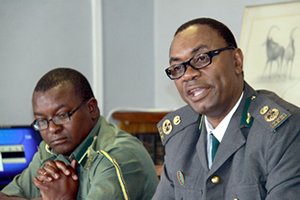 Zimbabwe says no to condoms for prisoners

The Zimbabwe Prison Service says it will never provide condoms to inmates despite acknowledging the existence of homosexuality and HIV and Aids among prisoners.

Appearing before the Parliamentary Thematic Committee on Human Rights yesterday, ZPS Deputy Commissioner Agrey Huggins Machingauta said providing condoms in cells for purposes of homosexuality was tantamount to legalising a crime. He said prisons will only provide condoms in cells should Zimbabwe legalise homosexuality.

Dep Comm Machingauta appeared before the committee on behalf of Commissioner of Prisons Retired Major-General Paradzai Zimondi. He was responding to questions from senators who wanted confirmation on reports that there was rampant homosexuality in prisons and how ZPS was addressing the issue.

Chiwenga plans to write book on Covid-19 deaths of fellow…

They asked if ZPS will follow other countries that provide condoms in cells to curb the spread of HIV and Aids.

“Yes, yes. Let me say a big yes, we know that this activity (homosexuality) takes place in our prisons because we receive reports.

“In terms of the Prisons Act, it is an offence and we actually have legal powers to try and punish.  There are hardcore criminals who would indulge in anything but once a report is made, we take corrective action. On the issue of condoms, we cannot issue them out to inmates until this House (Parliament) passes legislation to legalise homosexuality in Zimbabwe,” he said.

Dep Comm Machingauta, however, played down the extent of homosexuality in prisons, saying inmates were now aware of the dangers of contracting HIV. Director of the Aids and TB programme in the Ministry of Health and Child Welfare Dr Owen Mugurungi last year said his Ministry was working with the Ministry of Justice and Legal Affairs to address challenges involving the spread of HIV and Aids in prisons.

He said the law had a provision for inmates on death row to petition Cabinet after they have been sentenced to death. He, however, said the inmates never petitioned Cabinet to reverse the Supreme Court ruling. Dep Comm Machingauta said sometimes those who would have survived long on the death row would be released after spending between 16 and 20 years in prison.

He said the welfare of prisoners had improved, but bemoaned lack of funding from Treasury. Dep Comm Machingauta said ZPS could not follow the dietary scale for inmates because they were not receiving enough funding from the Ministry of Finance. Prisons Director for Health Services Dr Evidence Gaka said under-funding had led to malnutrition and deaths in prisons.

Dr Gaka said they were working with the Ministry of Health and Child Welfare and other partners to provide inmates with anti-retroviral drugs.