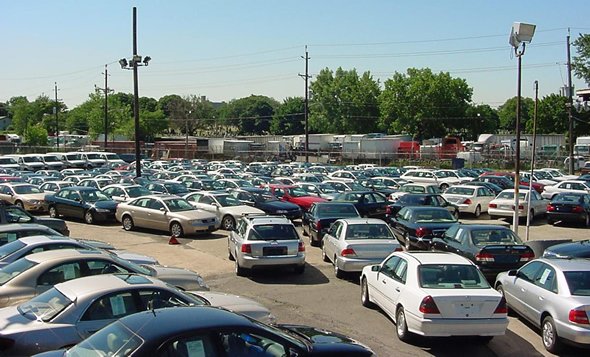 Government has indefinitely suspended the ban on used car imports that are five-years-old and above while the importation of Left-Hand-Drive vehicles will not be allowed from November 1 this year.

The bans are provided for in Statutory Instrument 154 of the Road Traffic Act. No Left-Hand-Drive vehicle will be allowed into the country from next month. But those already in the country and those to be imported by October 31 will be allowed to continue plying the country’s roads until they outlive their economic lifespan.

The new arrangement will be provided for in the amended Statutory Instrument to be gazetted soon. Transport, Communications and Infrastructural Development Minister Nicholas Goche yesterday told journalists that after consultation on the proposed ban, Government had decided to lift it until the economy improves.

Mnangagwa enlists Mai Mujuru and Goche to get rid of G40…

When the ban was introduced, the minister said Government expected that the economy would have improved and that capacity utilisation by industry by end of 2009 would be around 60 percent.

“We thought the motor industry would have improved as well and producing more vehicles, but we realised that improvement has been slight,” Minister Goche said.

“We had also hoped that banks and other financial institutions would make money available for capitalisation because there is still a liquidity crunch, industry, commerce and individuals don’t have the money.

“Therefore, all these facts were taken into consideration during consultations because the situation hasn’t improved. We have been persuaded to suspend the aspect of the S.I (statutory instrument) to do with the importation of second hand vehicles until there is an improvement of the economy.”

Minister Goche said the Government had also rescinded its earlier decision to force the change of Left-Hand-Drive vehicles to Right-Hand-Drive by December 31, 2015.

Government, he said, would continue monitoring the economy to see when it could be viable to effect the ban. Transport operators and the general public had challenged the promulgation of S.I 154 of the Road Traffic Act. The Transport Operators Association of Zimbabwe threatened to take legal action against the legality of the ban on LHD vehicles.

TOAZ argued that the vehicles were lawfully permitted in Zimbabwe by the Road Traffic Act 13:11 of the third schedule. The association argued that imported LHD vehicles were cheaper than locally-assembled ones.

During a public hearing convened by Parliament recently, members of the public argued that the ban would make it impossible for the working class to own vehicles. They said imported vehicles were cheaper and readily available compared to those produced by local car assemblers.

Zimbabwe is among major importers of used Japanese cars in Southern Africa. Small used cars imported from Japan cost around US$5 000, including duty if directly imported and around US$6 000 if bought from an importer. Most people cannot afford new imports or new locally-assembled vehicles.

The cheapest locally-assembled brand new car costs over US$20 000. Used cars from Zimbabwe and South Africa are also expensive as the owners demand more on disposal.