Lessons for Zimbabwe from Zambian election

The Zimbabwe Election Support Network deployed a 15 member delegation to observe the tripartite elections which were held on 20 September, 2011. The team observed the pre-election, election and post election phases of the Zambian Presidential, parliamentary and local government (tripartite) elections. 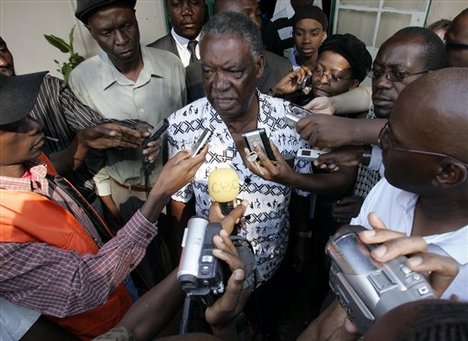 Election Day was generally peaceful, however incidents of violence were reported at Lilanda, Kanyama and Nakatindi polling stations owing to the delay in opening of polling stations and the delivery of Ballot boxes. It is important to note that when notified of these issues, the Electoral Commission of Zambia was quick to rectify some of the problems identified.

The ZESN mission made a number of observations:

Zim yet to be approached over US$11bn railway project:…

ZESN noted that copies of the voters’ roll were easily accessible to the public and political parties. Voters were given voter cards bearing their image and other essential details similar to those on the voters’ roll.

The Electoral Commission of Zambia (ECZ) had its Ballot Papers printed in South Africa citing lack of capacity within Zambia to produce them. Although this courted some controversy, the ECZ invited all political parties and civic society organisations to witness the ballot printing in South Africa and to accompany the ballot papers back to Zambia. This quelled fears of ballot tempering and helped build confidence in the transparency of the process.

The mission noted media polarization. The state or public media’s reportage was biased towards the incumbent Movement for Multiparty Democracy (MMD) party and the mainstream private media reporting favourably on the main opposition parties. However, there were efforts to provide a semblance of balance with both private and public media conducting election debates covering all parties.

The ECZ established a total of 6 456 polling stations across the country, these were further divided into streams of not more than 850 people. The streaming was done to speed up the voting process and ZESN commends the ECZ for the streaming process which also customized voter registers alphabetically to avoid confusion over which stream voters would cast their ballots.

Election results per voting stream were counted and recorded on polling station results sheets which were signed by political party agents and monitors. At constituency level Returning Officers announced the winners of the Parliamentary and Local government elections. Presidential returns for the presidential ballot were sent by electronic modems and satellite phones to the ECZ.

The mission however noted delays in the announcement of the results in some constituencies which raised suspicion of vote tempering and resulted in violence in some areas. However the final results were announced within the stipulated 48 hours which is commendable.

ZESN observed that the Zambian civil society had a coordinated effort in advocating for a free and fair election as well as in fostering peace and political tolerance among the opposing parties and deployed over 9 000 monitors. Zambian Civil society was also instrumental in the security of the vote by using a system called Rapid Response Project (RRP).

The RRP which was a random sample of polling stations and results was based on official ECZ results tabulated at polling stations. The final results announced by the ECZ were within the approximations given by the RRP with a margin of error of 1.4%.

The mission also learnt that there were over a million new voters according the statistics provided by the Commission. ZESN applauds the inclusivity and comprehensive voter registration exercise by the Commission.

In addition the mission also commends the decentralised accreditation process which was also smooth and efficient.

There were significant levels of trust by the electorate of the ECZ. In addition there seemed to be a belief in the independence, integrity and capacity of the ECZ to run the election. This was made possible by the various confidence building mechanisms that the Commission employed.

Although the ZESN mission noted a number of good practices during the Zambia elections there are a number of issues the Electoral Commission need to improve on.

•        Firstly; the media in Zambia is highly polarized and there is need for comprehensive reforms to enable fair and balanced coverage of all political parties.

ZESN, based on the findings of the Zambia election observation mission is of the view that the elections were held in a conducive and peaceful environment and applauds the government of Zambia, security forces and political parties for respecting the will of the Zambian people.

US concerns on rule of law in Zimbabwe

Zim yet to be approached over US$11bn railway project: Minister