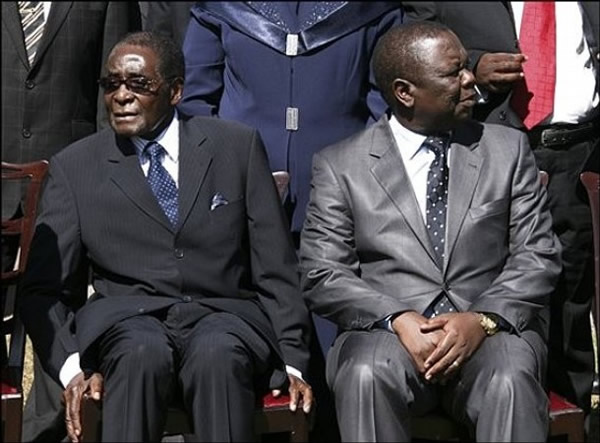 There have been misleading reports in the press about what transpired at the meeting of the Principals held at Zimbabwe House on Wednesday, 6 July, 2011. The Minister of Media, Information and Publicity and the Permanent Secretary are not spokespersons of the Principals and cannot claim to speak on behalf of all the Principals of the inclusive government.

The two were invited to explain the lack of comprehensive media reforms in the broadcasting and print media in line with the GPA and the agreement of the Principals. They have instead chosen to abuse their presence at that platform on Wednesday to mislead the nation when in fact they were called in to explain the stalled media reforms in the country, particularly the reform of the ZBC and the public print media which have caused unnecessary national discord through biased reporting.

The Principals and the negotiators of the respective parties have agreed to a new board for the Broadcasting Authority of Zimbabwe, the ZBC and the Mass Media Trust in order to engender true and inclusive media reforms in line with the spirit of the GPA.

The reconstitution of the BAZ board, the ZBC board and the Zimbabwe Mass Media Trust is expected to instil public confidence, bring in new broadcasting players, deal with issues of hate speech and make the public media impartial during this delicate transition period.

There was no agreement to stop the setting up for the Mass Media Trust until the issue of its funding is settled, as claimed in today’s issue of The Herald.

The Principals agreed that the MMT should be set up as a matter of urgency to democratise the public print media and to bring back public confidence. The public print media (and the public broadcast media as well) have lost credibility due to unmitigated political interference and their incestuous relationship with some government officials who promote disunity, discord and hate speech against some State actors in the inclusive government.

There have been overt attempts by the ministry’s senior officials to stand in the way of comprehensive media reforms. Misleading reports about what transpired during the Principals’ meeting are deliberately meant to muddy the waters so that democratic reforms as enshrined in the GPA and as agreed by the Principals do not take place.

Every Zimbabwean has a right to vote. The Herald story exhibits overt attempts to scuttle the Diaspora vote even before the Zimbabwe Electoral Commission has produced the report as requested by the Principals.

Office of the Prime Minister