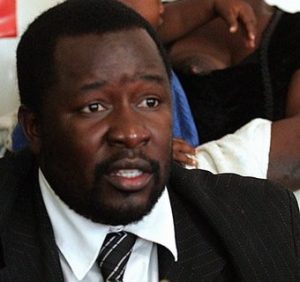 The arrest of Minister Moses Mzila – Ndlovu (MP) responsible for the Organ of National Healing, Reconciliation and Intergration by police in Lupane on the 15th April 2011 has raised a stink within the human rights arena.

Amidst all this there has been a flurry of reaching to the world by those in the human rights fraternity so as to raise, highlight and emphasise the rights abuses of the Honourable Minister. Unfortunately, in so doing, the truth, has become the casualty.

Gogo Chinyerere wins another claim for compensation after…

Matanga ordered to pay US$10 000 for police brutality

It is necessary to set the record straight.

Minister Mzila – Ndlovu communicated with me on the 14th April 2011 while I was in Victoria Falls. The Minister indicated that I had to attend to Father Marko Mkandla (of the Roman Catholic Church) who had been taken into custody by the police.

I indicated to him I was going to travel to Lupane the following morning after making contact with the police in Lupane. As the day progressed I was later advised that Father Mkandla has been moved to Hwange and I was due to proceed to see him the following day.

In the early hours of the 15th April 2011, I learnt from the Minister that, while travelling to Victoria Falls, had been taken by police at a road block to Lupane police station for questioning. Having dealt with these kind of cases (involving politicians) I realized that the Minister had been arrested and was going to be in for the long haul.

I advised that since I was going to pass through Hwange (seeing Father Mkandla) I suggested that the best bet was to get a lawyer from Bulawayo and the Minister suggested I get hold of Mr. Josphat Tshuma, a well known human rights lawyer.

I then set about trying to get hold of Mr. Tshuma but having failed to get do so, I called Miss Nikiwe Ncube, a lawyer working with Mr. Tshuma. Coincidentally, Miss Ncube indicated that she was in fact acting for Father Mkandla and there was no more need on my part to check on the pastor. Along the way Minister Mzila – Ndlovu advised that I had to come to Lupane to check if his warned and cautioned statement was right before he could sign it.

I arrived in Lupane at slightly half past two in the afternoon. I conferred with the police about the charges, conferred with the Minister as to his attitude and read through his warned and cautioned statement and okayed it. I then discussed with the police the possibility of them releasing my client into my custody so that we can be able to return to the station when they were ready to take him to court. Needless to say, the police refused, I was trying to ride my luck. But it is always worth the try.

Having failed to secure the Minister’s release, I then explained to him what that entailed, the fact that he would be in police custody most probably up to Tuesday the 19th April 2011 as the courts normally do not sit on Independence Day. The Minister proceeded to give me instructions of a personal nature.

After I had finished taking instructions, I then proceed to give an interview to The Chronicle journalist (whom I had kept at bay for the past hour so that I verify the issue surrounding the Minister’s arrest and thus talk from a position of authority and factually). The material issues of that interview came out as the headline story of The Chronicle newspaper of Saturday the 16th April 2011 (for those who may want to check).

In the evening of the 15th April 2011 at around 1700hours, Mr. Jamela of Zimbabwe Lawyers for Human Rights (ZLHR) called me from Lupane police and indicated that he had been informed that I had already been to the police station representing the Minister. I answered in the affirmative.

What followed thereafter is a tall tale of lies, deceit, misinformation and outright falsehoods. These lies have emanated from the ZLHR Bulawayo office headed by Jamela.

The lies started on the evening of the 15th April 2011 with ZLHR, through their alerts (which are meant for ZLHR members, friends, funding partners, the CSOs- civil society organizations) when ZLHR claimed that they were the legal representatives of the Minister. This lie has been repeated ever since even to this day as I pen this article.

This lie keeps snowballing by the day to the extent that when I and Phulu appeared in court in Hwange on the 19th April 2011, ZLHR claimed that it is them who appeared for the Minister. ZLHR further claimed that their member (Gugulethu Simango from Victoria Falls ) helped deliver the warrant for liberation to Hwange Prison to secure the Minister’s release.

Surely, this is a great lie, a lie that defies logic and one wonders what the motive of the author of such a lie is. For the record, I and Phulu delivered the warrant, got the Minister in our car and drove him away. ZLHR was nowhere near Hwange Prison or Hwange for that matter.

Apparently, they had forgotten their own client, we alerted them to their dereliction of duty at 13:18hours when I called Jamela while we stopped at Cross Jotsholo as those with me were worried that the pastor may spend another day in prison despite complying with the bail conditions imposed on him.

So what is Jamela’s motive in misleading Irene Petras, ZLHR, CSOs, ZLHR members Zimbabwe, the international community and ZLHR donors? Why would anyone under the sun, who is self respecting and a professional charged with upholding ethical duties by the Law Society seek to mislead and lie that they are the legal team of the Minister when they are not?

It is the inherent fear that appear to have developed amongst them with the advent of Abammeli Human Rights Lawyers Network and our communication that we no longer are their (ZLHR) members. ZLHR is running scared, in fear of Abammeli. They realise that their very relevance in Matabeleland (and by necessary implication, existence) is under a microscopic scrutiny by the day.

Jamela and ZLHR Bulawayo are of the view that they are under siege. Their treatment of MLF (Mthwakazi) leaders has been their Waterloo, they are now laboring under the Lanercros curse. They are trying to convince the Ndebele speaking people of Matabeleland and Midlands (which is their area of operation) that they are of relevance to their needs.

They are trying to survive the tide that is turning in their direction and perhaps survive it. They are trying some Machiavellian tactics to turn the people in Matabeleland and Midlands against Abammeli.

ZLHR in Matabeleland is losing the plot. They have resorted to creating falsehoods, are laboring under figments of their imagination and seeking to retell and remould the truth. They are abusing the media space provided to them by the technological strides made possible by the progressive global village which essentially is not founded on lies.

Those who tell the lies have not ceased to stop to think about the rights of Minister Mzila – Ndlovu’s name has been used in vain, as a bait for donor funds. This has been done without his consent, behind  his back. This has been done in violation of all basic tenets of the law profession.

Obviously, this kind of monkey business has to stop. This ZHLR practice to tend to pretend that lawyers belonging to Abammeli do not exist should be brought to a stop. We have stomached that nonsense and disrespect for too long.

Consequently, for the record, Minister Mzila – Ndlovu, was and continues to be represented by myself and Kucaca Phulu of Phulu and Ncube Legal Practitioners, members of Abammeli.

ZLHR did not and does not represent him. Their alerts form the 15th April 2011 with regards the Minister’s representation are false and a big lie that has been repeated several times. The information thus given to those on their membership list is a gargantuan lie. ZLHR Bulawayo needs to exorcise themselves of the lies they have told the rest of the world, get its act together, stop misleading itself and join the rest of the civilized world.

In all this, it is important to point out that Abammeli have been extremely magnanimous in their dealings with ZLHR. Mr. Phulu was the first to alert Mr. Jamela of the Roman Catholic pastor’s arrest. Mr. Ncube actually informed Mr.  Jamela about the pending appearance of the pastor in Hwange Court a day before appearance occurred.

‘Is Mnangagwa aware we are being harassed?’- war vets ask outside court

Matanga ordered to pay US$10 000 for police brutality