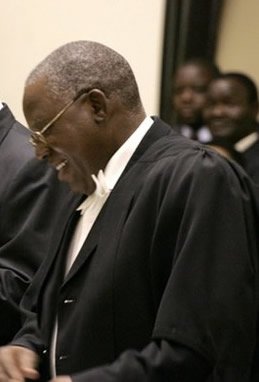 Despite frantically deploying all traditional tricks and shenanigans including reports of vote-buying, ZANU PF still lost the powerful post of speaker of parliament.

What this result demonstrates is that the party is now a perennial loser which will, in its current form, dismally lose any free and fair election, even if it was for a “toilet cleaner”. The result also confirms that the party is deeply divided as evidently some ZANU PF MPs voted with MDC directly or indirectly.

It won’t be surprising if one of them is Jonathan Moyo.  This is an unequivocal message that ZANU PF should reflect on seriously if it still hopes to be relevant in future. Interesting too, is the fact that parliament has a few ladies and gentlemen who are so illiterate as to fail to place an X on a ballot paper. Numbers suggest that these are from ZANU PF.

‘I warned ED about Jonathan Moyo but he did not…

Nevertheless, those who cast a conscience vote despite intimidation and political affiliation must be congratulated. They are the true sons and daughters of Zimbabwe. We need them.

The monolithic loser, Simon Khaya Moyo, who was interestingly crowned “a scholar” by the state media prior to the electoral downfall, has now tasted real defeat for the first time in more than a decade. Days of enjoying the comfort of Pretoria where he masqueraded as a diplomat are now over.

Welcome back home, SK. Unless it’s merely sycophantic journalism or redefinition of terms, may somebody at state media please tell us how an ordinary and noble education such as a Bachelor of Social Science could qualify one for a scholar?

Surely, there could have been a much more effective way of promoting this candidate than the academic route. Also, are there still editors at The Herald? When it reported the results, the same paper gave the breakdown as follows: Total present: 199 (93 Zanu-PF, 93 MDC-T, 7 MDC), they can’t even tell the difference between 199 and 193!

Next on the scale of losers are obviously Jonathan Moyo, the architect of the historic parliamentary coup as well as the Clerk of Parliament, whose office has been practically turned into an appendage of ZANU PF.

Even though he clearly took partisan instructions from his masters on the timing of the election after realising that March 22 was going to be a worse disaster, Zvoma will be the first one to admit that parliamentary dynamics are no longer what they used to be. On the other hand, it appears ZANU PF will never participate in any election if it’s going to be on March 29. For that reason, this day should probably be commemorated as democracy day.

The supersonic swearing in of Nkomo and Muchinguri as MPs in order to boost ZANU PF numbers against unfairly and illegally stripping Lovemore Moyo of his deserved vote contrary to the Attorney-General’s advice, was a well-calculated ploy to steal the vote but the voice of reason still prevailed, as we undoubtedly knew it would.

An attempt at decimating MDC numbers by trumped up arrests did not help, rather, it backfired. What a tribute to Elton Mangoma and a few others languishing in prison! Nevertheless, if Mudede had been allowed into the house with Mr. Meticulous Verification Chiweshe on his side, given six weeks to announce the result, ZANU PF would have pulled a surprise. Unfortunately, this was a fair election though the lead-up was shambolic and disgraceful.

Colleagues in the sister MDC formation did the right thing by standing solidly behind the people of Zimbabwe in defending democracy at this critical juncture. Let this be the genesis of positive re-engagement. It also revives political fortunes for those who were about to become irrelevant.

Never learning from past mistakes, ZANU PF made things worse for itself by harassing and brutalising supporters and leadership of the smaller MDC recently in Chitungwiza when 200 people gathered for a peaceful meeting. This was tantamount to scoring an own goal in the dying minutes of a very crucial encounter. There is no doubt we will see more of this in the coming months. The violent anti-sanctions gimmick is just the beginning.

Austin Zvoma should now do the honourable thing and quit his job for full-time politics. He has virtually lost the respect and trust of Zimbabweans as Clerk of Parliament. His obnoxious bias is now a public record. Professionalism and impartiality have simply deserted this man, knowingly or unknowingly.

If Zvoma hates full-time politics at the same time not keen on retirement, Henrietta’s former job at ZIFA could be an option. Mediocre performers backed by or related to political heavy weights have in the past found sanctuary at ZIFA making him a perfect fit for the job!!

Lastly, those with a penchant for making reference to history whenever it’s convenient to them should make a trip to the archives and find out for themselves where Austin Zvoma together with Wayne Bvudzijena came from. Let’s meet at the constitutional referendum.

The writer Moses Chamboko can be reached on [email protected]

How Diaspora can drive regime change