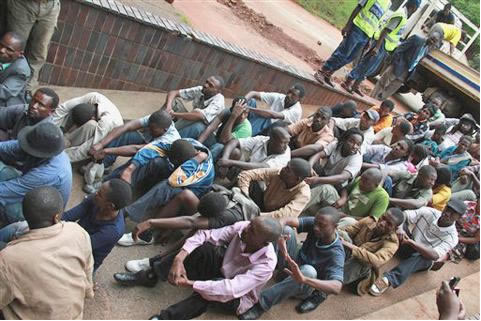 Harare Magistrate Munamato Mutevedzi on Tuesday ordered prison authorities to allow private medical practitioners to examine and treat 45 social and human rights activists who were subjected to torture while in police custody and those whose health has been compromised as a result of disruption to the administration of their medication.

Mutevedzi ordered prison authorities to allow the detainees to be attended to by doctors of their own choice after the prison doctor refused to examine and treat detainees as had been ordered by the Court. The Magistrate said this should be done in conformity with prison regulations and the examination and treatment should be conducted at the Zimbabwe Prison Service (ZPS) institutions.

The Magistrate deferred his ruling on an application for refusal of placement on remand for the 45 human rights activists which was filed on Thursday 24 February 2011 and which was opposed by the State, represented by Edmore Nyazamba and Dumisani Mthombeni. Mutevedzi said he will deliver his ruling on Monday 7 March 2011 because he will not be available in court from Wednesday 2 March 2011 up to Friday 4 March 2011, as he would be attending to prior commitments.

Muchadehama led evidence from two witnesses Antonater Choto and Masline Zvomuya, who both denied plotting to subvert the government or committing treason as alleged by the State.

Zvomuya stated that she was not part of the people who were attending the International Socialist Organisation (ISO) meeting but was arrested while retailing mobile phone handsets and airtime in her office which is located at Cross Roads building from where the social and human rights activists were arrested while attending a lecture. Zimbabwe Lawyers for Human Rights (ZLHR)