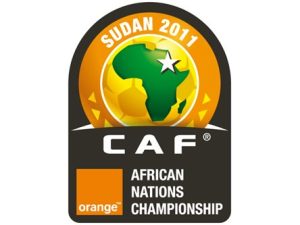 By Petros Kausiyo in KHARTOUM, Sudan

Zimbabwe’s Warriors paid a heavy price for being wasteful in the opening half as 10-man South Africa came from behind to send them reeling out of the African Championship of Nations tournament last might.

On a cool night in the normally sauna-like conditions of Khartoum, the Warriors turned on a forgettable

show in the second half as they crumbled at the Al Hilal Stadium to finish third in Group B. South Africa retained top spot in Group B while fellow debutants Niger also advanced after beating Ghana 1-0 in another match in Wad Medani.

Madinda bounces back at Highlanders

Yet the Warriors looked to be on course for a history-making quarter-final berth when they took a second minute lead through to a fine Norman Maroto header. But just as they did in the first match against Ghana, South Africa roared back with a goal by substitute forward Leonard Shabangu in the 32nd minute and midfielder Kenneth Mthimu-kulu in the 61st minute.

Despite being reduced to 10 men when Kevin Nkosi was sent off for a second bookable offence a minute after getting their second goal, the South Africans remained resolute in defence and actually upped their tempo as they threatened to embarrass Madinda Ndlovu’s men with a determined attacking game laced with pace.

Maroto — who has joined FC Platinum — beat South Africa skipper and goalkeeper Jacob Mokhasi with a header off a good cross from his former Gunners teammate Qadr Amini. The Warriors should have really wrapped up the game in the opening quarter in which they threatened to overrun the South Africans as they forced their neighbours into relying on counter raids.

But just two minutes after Maroto had struck, Nyasha Mukumbi nearly gifted the South Africans with an equaliser when he needlessly lost possession to Mthimukulu but to his relief goalkeeper Washington Arubi raced off his line to block the South African forward’s attempted chip. The Warriors were back probing again and in the fifth minute they got their best chance of the opening half to increase their tally.

Archieford Gutu was sent through by his Dynamos teammate Denver Mukamba in a beautiful move initiated by Maroto but with Mokhase advancing off his line and seemingly beaten, Gutu drew his low shot just wide off the mark. The Warriors bench were already up on their feet in anticipation of a goal.

In the 12th minute Mukamba danced past his marker, sent in a curling effort that beat the South African goalkeeper but agonisingly crashed against the upright post. Then the Warriors appeared to be in cruise control and to his credit South Africa coach Simon Ngomane sought to change his team’s approach.

Ngomane hauled off Cyril Kubheka in the 25th minute and brought on Leonard Shabangu and the striker who also rose from the bench to score against Ghana, brought his team level with a far post header off a cross from the lively Already Mkhwanazi. Defender Zepheniah Ngodzo was guilty of failing to read his side’s offside trap and his cover allowed Shabangu to remain onside and head home.

If Zimbabwe were dominant in the opening spell, they simply lost their plot in the second half as they struggled to retain possession, hurried their efforts and often resorted to the long ball which the South African rearguard dealt with easily.

Madinda had made just one change to the team that beat Ghana 1-0, bringing in Zephaniah Ngodzo in place of Gilbert Mapemba at right back but the elder of the Ngodzo brothers in this team struggled to adjust to the pace of the South African wingers on a night when Guthrie Zhokinyi and Mukumbi also conspired to do some suspect defending.

If Arubi had not been alert for much of the second half, the Warriors could have ended up losing by a humiliating margin as the South Africans often caught them flat on the break.

Madinda then sought to widen his attacking options by introducing the pair of Clive Kawinga and Charles Sibanda for Joel Ngodzo and Denver Mukamba but the substitute pair failed to add any impetus to the Warriors attack and as the game wore on, it was the South Africans who increasingly became more comfortable while the Warriors became desperate.

The Warriors caretaker coach threw his last dice of the night when he sent on Bhekimpilo Ncube in the 86th minute but he too barely made any impact and even a draw between Niger and Ghana would not have saved Zimbabwe.

It did not matter in the end that the news that came from Wad Medani was that Niger had won through as the sorry Warriors had already booked their places on the next flight home instead of progressing to the last eight.

NCA salutes the people of Egypt

Madinda bounces back at Highlanders