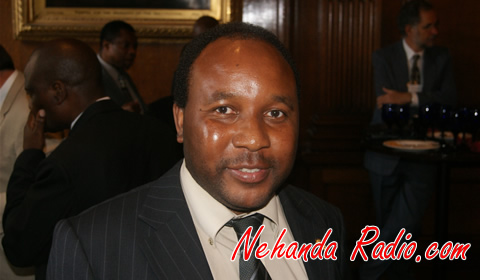 In this continuing saga Nehanda Radio.com exposes how prominent Zimbabwean gospel singer Ivy Kombo and her supposed foster father  Pastor Admire Kasi betrayed both their marriage partners by having a long running secret affair that later culminated in a humiliating admission and a shameful marriage in exile.

With Rev Edmore Moyo persistently questioning Ivy Kombo on her constantly coming back home late on the pretext of working, Pastor Kasi then approached Moyo with the idea of sending him to the United Kingdom. Initially he suggested both Ivy and Edmore have a honeymoon in the UK.

Ivy supported the idea but Edmore at first refused and the issue became a heated argument everyday with Ivy questioning why Moyo did not want to go to the UK. Later on Kasi changed tactic and asked Moyo to go to the UK to start a new ministry. The unsuspecting Moyo thought all this was the work of God and later naively agreed.

Under the agreement Ivy was supposed to follow within a few months. Moyo says his only misgiving at the time was that he and Ivy were newly married and it was not a good idea to be apart so soon. Little did he know that Kasi had just played his best card and created more time and room for himself to be with his secret lover.

‘Objectively I thought maybe God was taking my wife away from him since she was a temptation to him, I saw it as a window ‘kuti’ (that)  if we went away our marriage would survive,’ Moyo told Nehanda Radio.com. At first Moyo insisted he and Ivy travel to the UK together but Ivy kept giving one excuse after another.

It was only after Ivy agreed to come after 2 months that a deal was struck. ‘The reason why I left her is because I trusted her, although I did not trust Pastor Kasi,’ Moyo told us. Strangely when Moyo left Zimbabwe Ivy and Kasi both blocked him from saying goodbye to Kasi’s wife Sarah.

Once Moyo came to Luton in the UK, Ivy did not put any effort in keeping in contact with him. Every time Moyo called back home she was not really receptive. Moyo says he knew something was up. At one time Ivy told Moyo that she had exchanged harsh words with Kasi’s wife Sarah.

In reflection Moyo says it was obvious even Kasi’s wife Sarah had picked up that an affair was definitely on between her husband and foster daughter.

A determined Moyo kept pushing Ivy to join him in the UK but ‘Ivy stamped her feet refusing to come, she was putting conditions saying raise money and send it to Kasi for tickets. She then came in September 2002 but looks like she had already made up her mind, she said she was only going to be here for 4 days,’ Moyo told Nehanda Radio.com.

So what happened when they finally met, did they sleep together? Find out in Chapter 5.