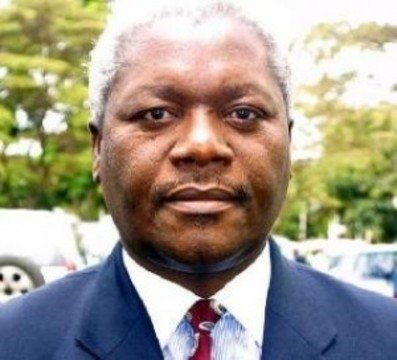 Local Government Minister Ignatius Chombo has moved to protect 23 MDC-T councillors in Chitungwiza who were sacked by their party on Thursday over corruption allegations.

Chombo reacted to the dismissal by saying he will continue to work with the councillors because ‘internal differences do not matter to us. As far as we are concerned, this remains a party affair. It is not a local government issue.’

But on Friday Newsreel had information that Chombo himself was implicated in the corruption that led to the dismissal of the councillors and the former Chitungwiza Mayor Israel Marange.

A committee led by MDC-T Deputy Secretary General Tapiwa Mashakada came up with a dossier containing information that Chombo was corruptly allocated a stand to build a hotel in Chitungwiza by the same officials he is now protecting.

The close relationship between Chombo and the dismissed councillors is also evidenced by the fact that the current town clerk Godfrey Tanyanyiwa was at one time Chombo’s campaign manager for parliamentary elections in Zvimba North.

A source said there was now a very real possibility that ZANU PF would try and reach out to the councillors and have them join their ranks. In 2004 ZANU PF enticed former MDC Harare Deputy Mayor Sekesai Makwavarara to join their ranks after she fell out with her party.

It might be early days yet but Chombo gave some indication as to their possible strategy when he said the fired individuals will remain as ‘councillors without a party.’

Chombo also insisted, ‘there is nothing at law that says once a political party disowns its own councillors, they should cease to represent their wards in council. We will recognise them. It is unfortunate their party cannot remove them from council.’

This however is in stark contrast to previous meddling from the Minister who illegally removed Elias Mudzuri the first opposition mayor in the country. The Minister also has a long history of replacing MDC run councils with his own commissions stuffed with ZANU PF apologists.

An MDC official told us the latest developments put the differences between the MDC and ZANU PF in perspective. “In the MDC we punish corrupt officials but in ZANU PF it’s the other way round, they are rewarded.”

On Friday Mashakada told Newsreel there was a general misconception that only MDC councillors were involved in the corruption that rocked Chitungwiza.

He said in the run up to the one man presidential run-off in 2008, ZANU PF officials illegally grabbed council land which they are now sub dividing into residential stands. “Our councillors then joined in the fray, sub dividing and selling stands outside council resolutions.”

Asked if they did not fear the prospect of their former councillors joining ZANU PF Mashakada said, “We can afford to sacrifice those bad apples to protect our residents.”

He also said they had several options including the calling of by-elections to replace the councillors or forwarding a caretaker council composed of members from the MDC to run Chitungwiza council affairs.

Meanwhile party spokesman Nelson Chamisa told us the party had adopted the ‘Real Change Charter,’ which would guide members on how to conduct themselves and stay clear of corruption. SW Radio Africa

Moyo misses out as Chinamasa demoted