The director of the Gays and Lesbians of Zimbabwe (GALZ), Keith Goddard has died.

‘It is with deep regret and sorrow that Gays and Lesbians of Zimbabwe (GALZ) informs all our friends and partners of the passing away of our Director – Keith Goddard, one of the champions for the struggle for lesbians, gay men, bisexual and transgender (LGBT) peoples rights in Zimbabwe.’

‘During his life and time with GALZ, Keith was instrumental in highlighting the challenges experienced by LGBT people. Although of small stature he had a voice that commanded authority and silenced any room he was in.’ 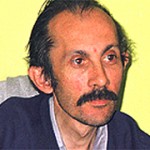 ‘Keith dedicated his life to the advancement of LGBT rights, human rights and his passion for music. The struggle for LGBT rights is a difficult struggle and in many instances in the history of GALZ Keith stood gallantly in the frontline. He dared where most men would not go.’

‘At the time of his death, Keith was serving as a board member for the Zimbabwe Human Rights Forum, The Centre and the Zimbabwe College of Music.’

“May your soul Rest In Peace dear friend and comrade.”