Friday the 7th of August sees Africa’s young music exports putting their beloved countries on the spot in South Africa.

The two talented musicians have toured extensively in the African Continent and abroad selling Africa’s music to the masses. The great musicians in question are Elemotho from Namibia and Comrade Fatso & Chabvondoka from Zimbabwe. Houses of NsAkO, which is cosy and nicely decorated with African accessories, will be roaring like a true African Lion when these two young men get on stage.

Namibian superstar Elemotho has performed internationally in Norway, Germany, Austria, USA, Tanzania, Uganda and he is going back to Spain in October this year. Elemotho´s sounds have been described by the local Namibian media as “…music of the future making waves today, being able to charm the audiences with flavored remix of jazz-blues, reggae, Afro-pop and African rhythms and delivering fired, passionate, ecstasy and exotic performances.”

His tour includes a gig tonight at Bassline, Sat 01 August at Swaziland’s Bush Fire Festival, Tings n’ Times next Wednesday, Friday 7th at the House and he wraps it up at Meropa Casino in Polokwane on the 8th August. For more info on this artist: www.elemotho.com or www.southernpulse.co.za

Zimbabwe’s Samm Farai Monro, better known as Comrade Fatso, is one of the most explosive and controversial acts in Southern Africa today. Comrade Fatso calls his poetry Toyi Toyi Poetry, radical street poetry that mixes Shona with English and electrifying guitars with mbira and pulsating hip hop. It’s a riotous new music that is an uprising against oppression.

2008 saw Comrade Fatso and Chabvondoka (his backing band) launch their much-acclaimed album, House of Hunger, banned in Zimbabwe but praised internationally by Canadian, UK and French media houses among others is already sale in the US and Europe. Comrade Fatso & Chabvondoka will be playing at the adventurous Oppikoppi festival on the 8th August just after blowing “The House” – as House of NsAkO is affectionately known – away. For more info: www.comradefatso.com

Be nicely reminded to go and get yourself a dose of Zimbabwe’s riotous Chimurenga sounds and Namibia’s Kalahari rhythms. This is the ONLY way you will understand why Comrade Fatso’s poetry is being studied at universities in the UK and South Africa. Elemotho on the other hand will give you so many reasons why this philosophy and psychology graduate’s music turns oppression into liberation, failure into triumph… 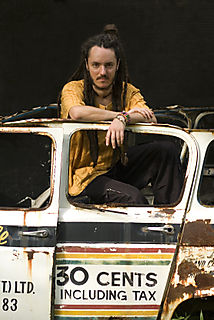