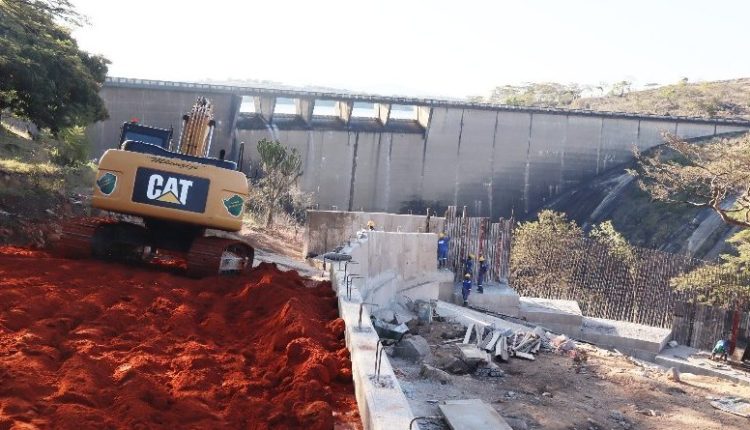 Chiboora would however, not disclose the cost of the project. The plant becomes the first hydro power station in Masvingo and the second to feed power in the national grid after Tongaat Hullet’s biogas plant in Chiredzi.

Project manager, engineer Chiboora said Phase 1 has kicked off and building an 800m access road to the power house at the dam wall is midway through. The contractors are also simultaneously making connections, electro mechanics and power house excavation works. The 5-megawatts will be generated by two Francis turbines generating 2.5megawatts each.

Chadzamira who was accompanied by the province’s permanent secretary Dr Jefter Sakupwanya said the project is in line with Government Devolution Policy and will benefit the city of Masvingo.

“We are working on Phase 1 of the project which is an 800m access road to the power house at the dam wall. The access road is now 50% complete. Road construction is being done simultaneously with connections, electro mechanics and power house excavation works.

“The project started in March 2022 and we should be contributing 5 megawatts to the national grid by July 31, 2023. We have 170 workers on site and 10 percent are locals. We will connect our power lines to Kyle Sub Station which is 25km away,” said Chiboora. Masvingo Mirror