The recently appointed Traffic Council of Zimbabwe (TCSZ) board chair Kura Sibanda is facing the prospect of arrest over allegations that he forged papers to seize at least two trucks from a Harare businessman.

Documents in our possession indicate that Sibanda of Latmak Supply Chain (PVT) LTD purported to have proposed to buy the trucks from John Moyo of Werra Logistics, yet the former had already allegedly forged agreement of sale papers according to the complainant in the matter.

When contacted by police, Sibanda allegedly said he was with President Emmerson Mnangagwa at the Zimbabwe International Trade Fair (ZITF) in Bulawayo in an attempt to intimidate the law enforcement agents.

The case was reported at Makoni Police Station in Chitungwiza under CR S94/04/22.

Moyo alleges that Sibanda hired trucks “to transport stock feed and other goods from South Africa and Zambia. Sometime in 2020, one of the trucks was impounded in Kariba by the Zimbabwe Revenue Authority (ZIMRA) after the driver had smuggled personal goods. The other one broke down in South Africa. Kura paid for the release of both the trucks.”

Moyo further claims: “He then took the trucks and proposed to buy them. I then marked each truck at US$20 000.

“But I then discovered that he sent the agreement of sale in September 2021 for me to sign after he had already forged the book of one of the trucks.”

According to the receipts that Nehanda Radio has in its possession, Sibanda paid R40 000 on the 9th of September 2021 and another R20 000 on the 18th of the same month. This money, according to Moyo, was meant for the last loads the trucks had carried. 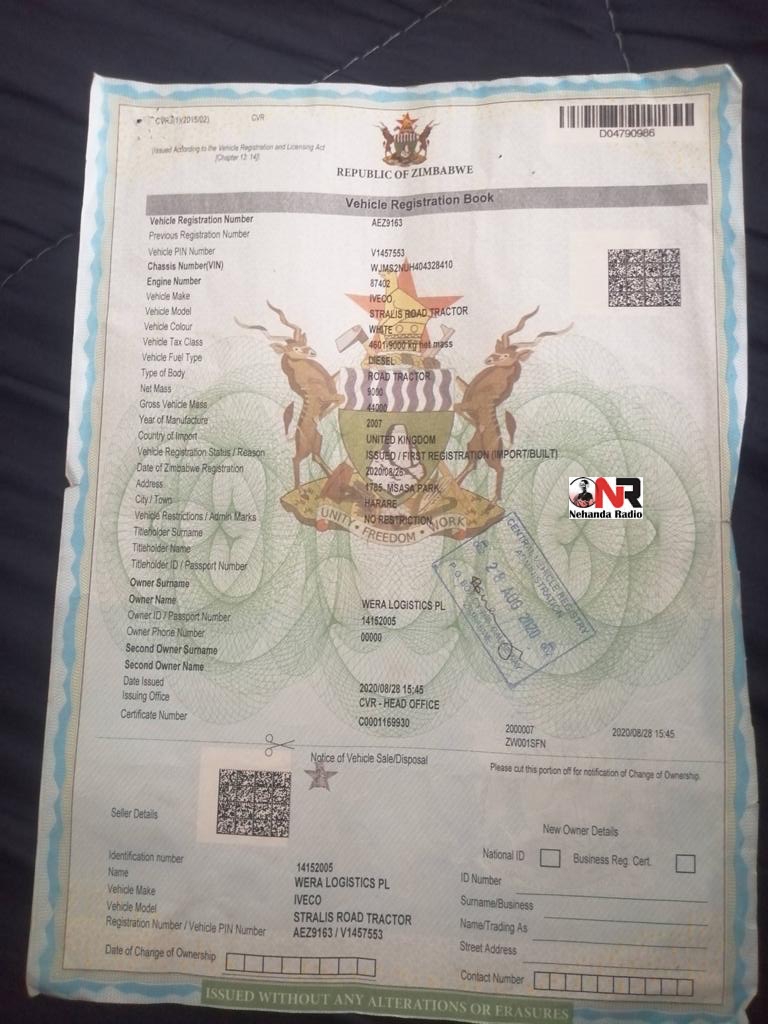 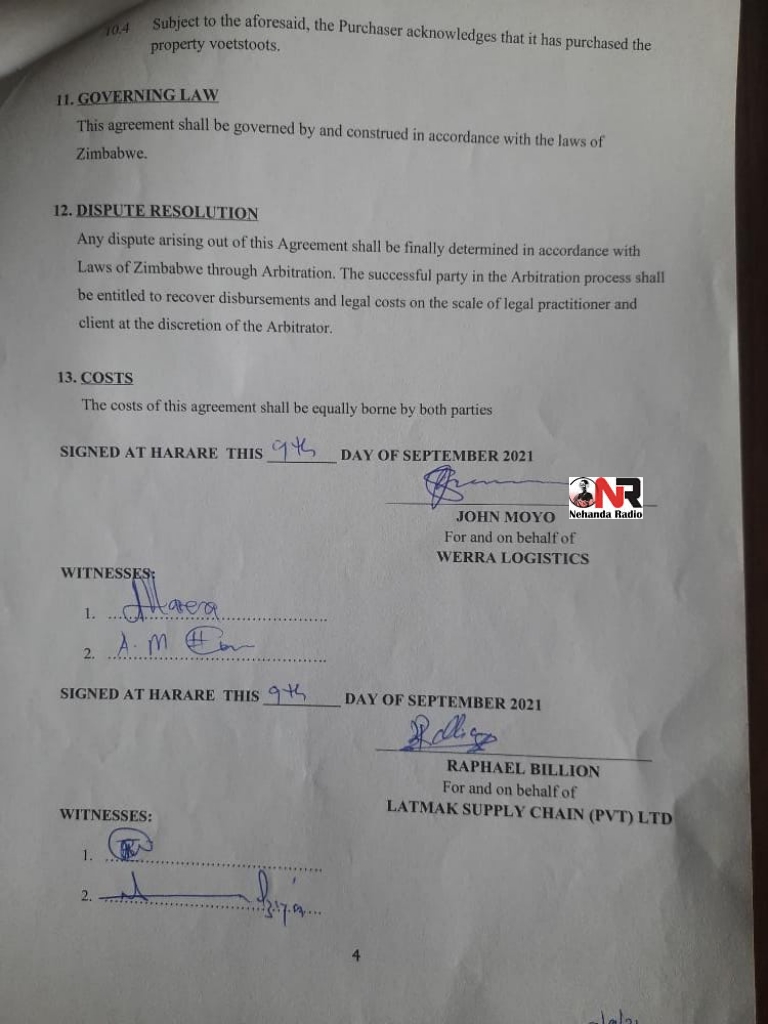 The complainant alleged that Sibanda told him that the trucks were in Nyamapanda doing Mnangagwa’s projects in an attempt again to frighten Moyo.

But when Nehanda Radio went to Chitungwiza for investigations, it found the two horses parked at Sibanda’s warehouse. One of the trucks was still branded Werra Logistics while the other one was written KS, presumably Kura Sibanda.

A security guard at the warehouse said Sibanda had been ordered by the police not to move the trucks until investigations were finished.

Supply Chain (PVT) LTD is believed to be jointly owned by Sibanda and Secretary for Provincial Affairs and Devolution in the Office of the President and Cabinet- Harare Metropolitan Province, Tafadzwa Muguti.

The case is yet to be heard. Police CID department is waiting for him to come back from the ZITF.

Sibanda meanwhile has hit back at the claims by Moyo claiming he was being used by people fired at the Traffic Council over corruption and they simply wanted to tarnish his image.

He provided Nehanda Radio with documents that he says prove he purchased the trucks legitimately and Moyo was just a pawn being used to fight him.

Sibanda said Moyo had hired his trailers and used them for smuggling and they ended up being impounded. He added that he had to pay for the release of both trucks on behalf of his brothers.

“He (John Moyo) had earlier in April 2022 hired trailers for my company called Prestige bus and truck and an entity domiciled in RSA,” he said.

“In the process they agreed to sell each other the trucks at US$15 000 per truck, Melusi and Runyararo were to use their money for lawyers and police and to deduct from the purchase price that was to be expunged over time.

“I only got involved when a dispute arose and in an effort to help I suggested that he could conclude a deal with a company that I had interests in and that we settle him in as he has always needed money for medical attention.

“On these chats you will notice payments done in South Africa and acknowledgement of the 115k in the agreement.

“On all material times he dealt with our Raphael Billion where he surrendered the reg books and all keys.”

Sibanda pledged to work hard in line with the National Development Strategy 1 and to be transparent.

“We promise to discharge our responsibilities to the utmost of our abilities, with humility and sincerity, and to always be guided by the interests and needs of our Government and all the people that we serve.

“We strongly believe our common aspirations and goals will be achieved through support from and mutual cooperation with all of you, and our work and that of our institutions will be conducted on the principles of integrity, transparency and accountability.

“We will also place special emphasis on results-based institutional direction and leadership of our various agencies as espoused in the National Development Strategy 1,” he said. Nehanda Radio