‘Ceremonial’ Grade 7 results out, as parents had already secured form one places 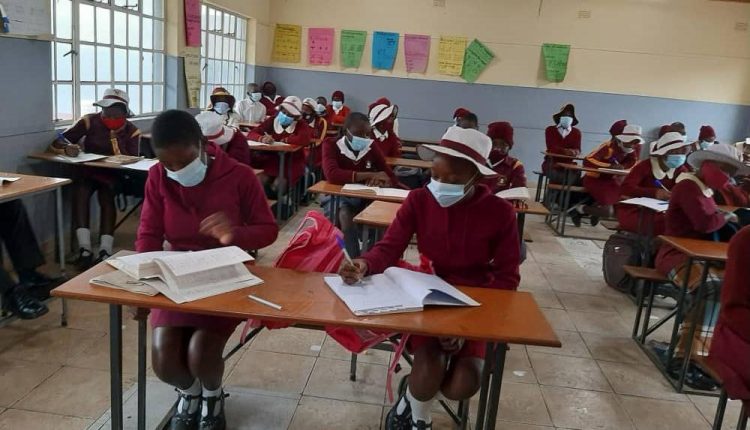 Zimbabwe School Examinations Council (Zimsec) on Friday released 2021 Grade 7 results which have been used in the past by secondary schools to screen new registrants but parents say this year’s results are ceremonial as most guardians had since used various “underhand” means to secure form one places.

Primary and Secondary Education Ministry on Friday announced it would open its electronic platform on Monday for Heads of boarding secondary schools to commence their enrolment of 2022 Form 1’s.

However, it appears Government has closed the stable doors after the horses have bolted.

According to Primary and Secondary Education ministry schedule, parents and guardians have five days to use the platform to enrol their children into high school with form one classes expected to start on February 14. But a lot of people had got places

“Parents and guardians who wish to send their children to boarding schools have been advised to upload their children’s results on the Ministry’s electronic platform: www.emap.co.zw as from 7 February 2022 when the platform will be open for Heads of boarding secondary schools to commence their enrolment of 2022 Form 1’s,” Primary and Secondary Education Minister Evelyn Ndlovu said.

Elsewhere, the opening date for Lower six will be prescribed by the Permanent Secretary immediately after the release of the 2021 O’ level examination result.

The school calendar for the first term will commence Monday 7 February 2022 to Thursday 7 April 2022.

Teachers, however, insist that while the Government has produced a revised calendar for 2022, the number of learning days per term will not be decided by the calendar, but by treasury’s “seriousness in dealing with the issue of teacher remuneration. US$540 or no learning.”

“The claim that teachers are ready to go back to work tomorrow is full of Government DNA. Anyone with an iota of sense can see that the RTGS$20,000 paid to teachers in Jan DID NOT take them into Feb. If nothing is done to remedy that by 7 Feb, only classrooms will reopen,” Progressive Teachers Union of Zimbabwe said in a statement.

“The response from the government in the last NJNC meeting did not give an aorta of hope. We urge authorities to conclude the salary issue now. Zimta stands by other teachers’ unions’ recommendations in public schools,” Zimta national president Richard Gundani in a statement.

Federation Education Unions of Zimbabwe (FEUZ) said “all educators cannot afford to report for duty not because they do not want to assume duty, but they are totally incapacitated.” Zim Morning Post