Seven of the nine Shara family members who perished in a road accident while driving to Gwanda to attend a funeral are going to be buried at Nemasiyanwa Village some three kilometres from Mukaro Mission in Gutu on Friday. 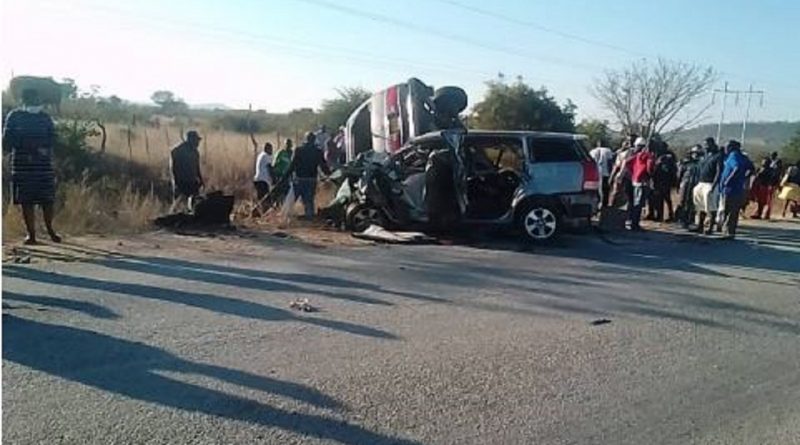 The accident happened at the 64km peg along Zvishavane – Masvingo Highway on Friday. Government has already provided the coffins and transport; The Mirror has been told.

Memory Shara, a family spokesperson, told The Mirror that 13 people in the Granvia that had come to Gutu to collect Shara family members back to Gwanda to attend a funeral.

Eleven people were collected in Gutu and the 12th was the driver while the 13th was a policeman picked along the way. At the 64km peg, the Granvia burst a tyre and veered into the path of an oncoming Toyota Wish, resulting in a head-on collision.

“Burial will be on Friday in Gutu, so far the Government has given us coffins and transport. The Granvia had 13 people, the driver had been sent to Gutu to collect the Shara family so that they attend a funeral in Gwanda,” said Shara.