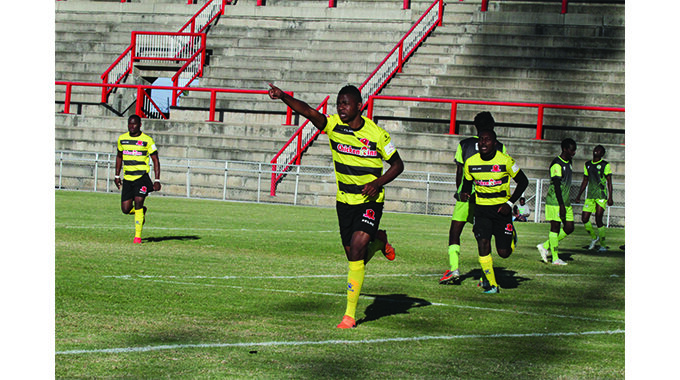 After forgetting what it felt like to win, let alone score a goal in their last weekend’s encounter against Highlanders, Chicken Inn bounced back to winning ways as they handed Bulawayo Chiefs their second defeat in the Chibuku Super in a Group Two fixture played at Barbourfields Stadium yesterday.

In a first-half play that saw a tactful Bulawayo Chiefs dominate the exchanges with Billy Veremu and Hughe Chikosa stealing the show, it was a Gamecock’s tide that surprised all and sundry in the second stanza of the match.

After the introduction of hard running former Talen Vision forward Brian Muza for Bret Amidu, in the first minute into the second half, Gamecocks were thrust into the lead courtesy of a Malvin Mkolo own goal. The Chiefs skipper had been sold a beautiful dummy by Warriors’ fringe forward Obriel Chirinda from a breathtaking Malvin Gaki feed from the right.

Seven minutes later, after beautifully subtracting a sea of Chiefs defenders, Muza, provided a hard and inviting cross that saw an alert Gaki easily tapping the ball into the net with David Bizabani, who was in goal for immaculately dressed Amakhosi Amahle already a beaten man.

Bulawayo Chiefs skipper Malvin Mkolo on the brink of joining…

“It’s important to pick up seven points. We are planning game by game. We struggled in the first-half. Our attitude in the second half made us win the game. We had a good chat in the breather. We just needed to pull up the socks. We are progressing slowly and we are going to get there,” said Gamecocks gaffer Joey Antipas.

Bulawayo Chiefs head coach Thulani “Thuts “Sibanda said: “Our transition to defence was very slow and it’s a pity that we lost Farau Matare who was supposed to start in the first half. But I believe the guys whom we brought in did very well. It’s a process, we are coming from a long layoff, we were caught wanting in terms of converting chances.”

Passenger tries to break into cockpit on US flight

Financially troubled Byo Chiefs vow to bounce back stronger in 2023