Six suspected armed robbers and carjackers were arrested on Thursday after a shoot-out near Mabvuku turn-off along Mutare Road on the eastern outskirts of Harare. 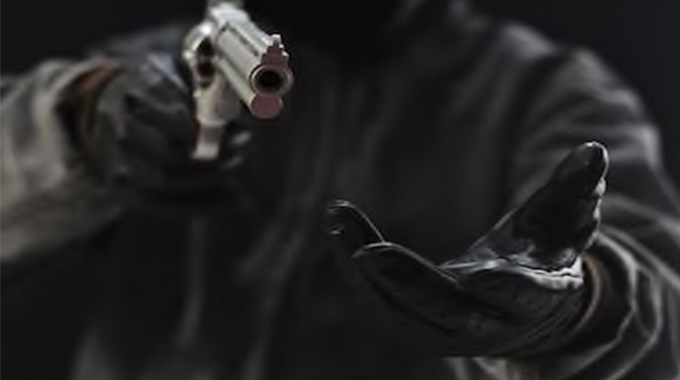 One of the suspects was shot and injured on the left knee as he tried to flee the scene after detectives had cornered the gang. He was taken to Sally Mugabe Central Hospital for treatment and is reported to be in stable condition.

In one of the cases, Kufa is alleged to have gone to a car sale in the city and approached Mr Lemeo Chidziva alleging that he wanted to purchase an Isuzu double cab.

He asked for a test drive and Mr Chidziva joined him. Kufa then drove the vehicle to Newlands where he lied that he wanted to pick up his mechanic but he picked up Murupiri.

They then drove back to the car sale where the two said they wanted to test drive a black Mercedes Benz C200. Mr Chidziva agreed and the three drove towards Chisipite.

When they reached the roundabout along ED Mnangagwa Road, Mr Chidziva suggested they returned but Murupiri, who was seated in the back, allegedly grabbed him by the neck and handcuffed him.

He dragged him to the back seat and ordered him to lie down at gunpoint. The two allegedly dumped him in a bushy area in Goromonzi before driving off.

The vehicle was fixed with a tracker and detectives managed to track it on Thursday while it was parked at a house in Strathaven, leading to its recovery.

At the house, they found Mr Tashinga Maziriri (25) who was in the process of buying the car from Makwarimba and Yekeye.

He led the detectives to the two who were arrested while waiting to receive money from him in Southerton.

Makwarimba and Yekeye then led detectives to Mabvuku turnoff where the other four accomplices were waiting for their share of the money.

After seeing that the four had been cornered, Mbundire attempted to flee and warning shots were fired but he did not take heed, resulting with him being shot on the left knee.

He was found in possession of a Mazda BT50 car key in his pocket.

The vehicle had been taken by the four suspects from an ex-Zimbabwe Prisons and Correctional Service officer, George Denga (62), in a carjacking on Tuesday.

It was recovered from a bushy area in Mabvuku and investigations are still in progress.

In addition, police in Harare have arrested nine suspects, two of them foreigners, believed to be part of a vehicle smuggling and carjacking syndicate operating in the Sadc region.

Of the nine, three were arrested in Mainway Meadows in southern Harare after they were found in possession of two cars — a Range Rover Evoque (registration number HZ 33CN GP) and a Toyota Fortuner (JH 81 HR GP), worth nearly R1 million together.

The vehicles are suspected to have been stolen in Namibia before being smuggled to South Africa and then Zimbabwe.

It is believed the suspects wanted to eventually smuggle the two cars into Zambia.

The suspects are a South African, Mpswati Obed Lucar (33), a Zimbabwean living in South Africa Brian Mabika (29) and a Zambian identified as SA Kalengo (36).

Investigations revealed that the trio were allegedly part of a syndicate that had been robbing people of vehicles in the region before smuggling them to other countries for resale using fake documents.

The trio were arrested on Tuesday following a tip off and they are still in custody as investigations continue.

Detectives from the CID Vehicle Theft Squad received information that two vehicles were parked at a house in Mainway Meadows. When they arrived at the house, they found the two vehicles and the suspects who they questioned but they failed to give a satisfactory answer, leading to their arrest.

Both the engine and chassis numbers were tampered with and police have since engaged Interpol to assist with investigations. The Herald

A woman’s plight in losing a child to kidnappers