A Sudanese court Monday sentenced a senior officer with the paramilitary Rapid Support Forces to death for the murder of a demonstrator as a Khartoum protest camp was broken up in 2019, a lawyer said. 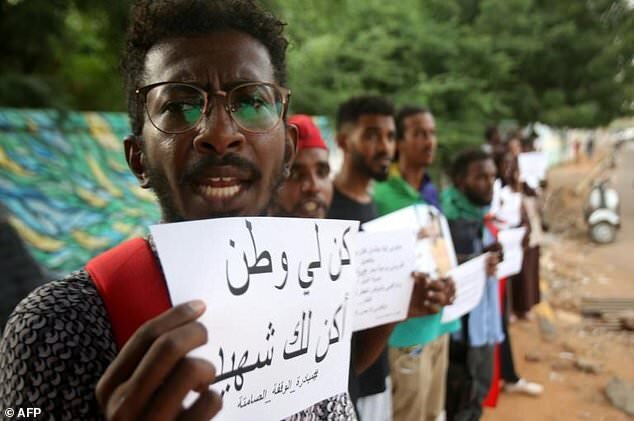 “The court issued a verdict indicting the accused officer in the Rapid Support Forces (RSF) under Article 130 (premeditated murder) of the Criminal Code… and sentenced him to death by hanging,” Mahmoud al-Sheikh, a lawyer in the case, told AFP.

The verdict in the trial which began last July is subject to appeal.

In June 2019, armed men in military fatigues violently dispersed a protest camp in the capital Khartoum leaving at least 128 dead in a days-long crackdown.

The RSF officer, Mohieldin Mohamed Youssef, was convicted of killing protester Hanafi Abdel-Shakour by mowing him down with his car.

Sudanese call for anti-coup protests as death toll rises to…

The RSF is led by commander Mohamed Hamdan Daglo who is a senior member of both the military council that replaced Bashir and the subsequent power-sharing ruling body.

The shadowy paramilitary group largely draws its personnel from the Janjaweed militias, which were accused by rights groups of committing atrocities in the Darfur conflict that began in 2003.

Families of victims, including Abdel-Shakour’s, have since been calling on authorities to bring the perpetrators to justice.

The ruling generals, who ran the country at the time, denied ordering the bloody dispersal but a probe later found that some members of the RSF and other security forces were involved in the killings.

The government-commissioned investigation, formed in November 2019, has yet to release its final report.

Sudan has been led since August 2019 by a civilian-majority transitional administration, which has vowed to ensure justice for victims and their families. AFP