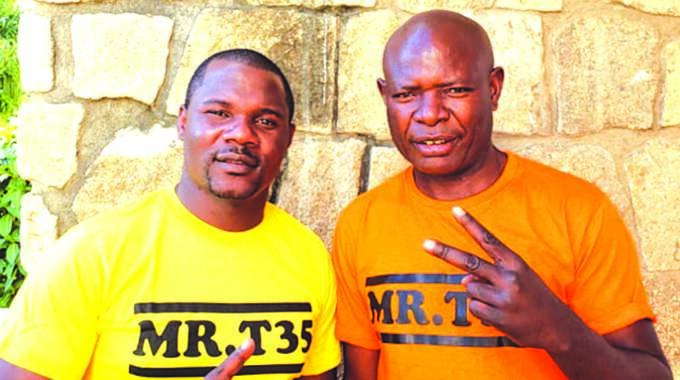 It is now 12 years since he made his professional debut, before embarking on a largely impressive boxing journey that took him to the pinnacle of the sport when he clinched the World Boxing Council Silver title in May 2016.

His world came crashing down in embarrassing fashion when he lost the belt a year later.

He looked down and out, and retirement rumours went into overdrive.

But, Charles Manyuchi still found a way back to the top again via the World Boxing Federation (WBF).

The WBF middleweight world champion is feeling rejuvenated, even as he nears the twilight of his career.

The reunion with renowned Zambian trainer Greetings Kaonga has brought back the verve and a “psychological boost” ahead of his showdown with Ugandan Mohamed Sebyala in Harare on July 3.

Apart from defending his WBF belt, the 31-year-old Manyuchi will also aim for the little-known World Alliance Boxing Association (WABA) and WBPF titles.

He has been training twice a day under Kaonga at Flamboyant Hotel in Masvingo as he tries to cut his weight.

He is weighing 83kgs and needs to shed just over 10kgs to fall within the 72,5kg middleweight category.

“We have upped the tempo,” Manyuchi told The Sunday Mail Sport.

“Everything is going on smoothly and I am confident in the next few weeks I will be good to go.”

Kaonga was in his corner when he clinched the WBC Silver welterweight title five years ago.

“There is a strong bond between Charles Manyuchi and Greetings Kaonga,” explained the boxer.

“Kaonga took me in and treated me well when I joined Oriental Quarries in 2012. Yes, Mike “Weaver” Zulu was the best in terms of strictness, but in terms of training, it was Kaonga who did the most in terms of shaping a boxer.”

“He is also a good reader of the game; he knows the sport. So I can say the coming in of Kaonga is a psychological boost.

“He knows me in and out. In fact, he rekindles the memories of our days at Oriental Quarries in Zambia.”

Manyuchi had been working with close friend Ali “Otto” Phiri but he has now decided to rope in Kaonga ahead of the title defence.

“Ali (Phiri) is a very good trainer, but he is a very close friend of mine, so sometimes there is a danger of slackening.

“I can easily say, ‘ah, my guy, slow down’. I can take advantage because we are buddies, but with Kaonga it’s serious business.”

“From day one I have been handled by real professional personalities.

“First it was Eddison Zvobgo Jr who took me from amateur boxing and helped me turn professional.

“Oriental Quarries then picked me from there. They saw a rough diamond in me and they polished me until I saw an opportunity to start my own Charles Manyuchi stable which seeks to promote young boxers.

“It’s all about discipline. No matter how rich you are as a boxer, you have to listen to your coaches and the management team.

“I might have more assets than my coach but I still respect him,” he said. The Sunday Mail