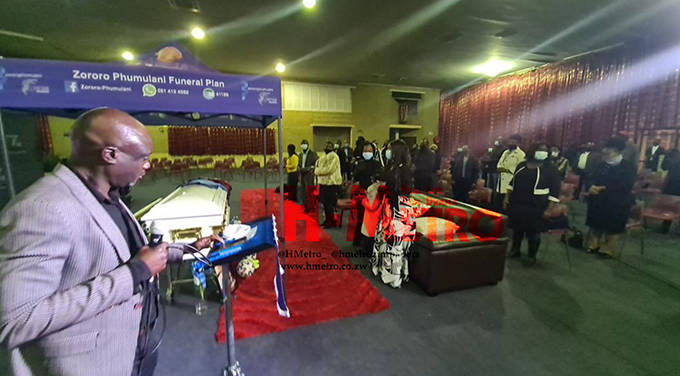 The 47-year-old succumbed to a heart ailment last Sunday at Helen Joseph Hospital in Johannesburg.

A memorial service in his honor was held in Kempton on Thursday evening at the Apostolic Faith Mission church just a stone’s throw from OR Tambo International Airport. He will be flown out from the same airport on Friday morning.

The memorial service was graced by former Zimbabwe international players among them Alexander ‘Mr Cool’ Maseko, Eddie Dinha, Elasto Kapowezha Lungu, Charles Yohane among others. Notable among the ex-players where two greats who are now pastors in the mould of Ian ‘Dibango’ Gorowa and Pastor Robson Chisango.

Former stars pay tribute to Butler Masango after his death…

Programme director Misheck Mupimbira appealed to those in attendance to celebrate and not mourn as Masango was always a jovial man who had very little time to be angry. He thanked the Kempton Park AFM leadership for availing their venue for the memorial.

Speaker after speaker had good words to say for the man.

“We were always close with Butler, we met through football and even in hospital he had his uniform. I have lost more than just a friend. He lost so much in football even with the little resources that he had through his passion for football development,” said Kapowezha who appealed to authorities to help former players realise their goals.

Pastor Gorowa delivered the send-off sermon and urged soccer players to repent and take time to search for God.

“In soccer most players know that we used juju. That doesn’t help. We need to repent and find God. Coaches initiate soccer boys through traditional healers. My word today is repent,” said Gorowa.

Also in attendance were his widow Nyarai Pemba and children Tino and Gladys.

“Butler was a people’s person but he at times got very angry as a way of motivating his players. He had true love not to me only but to others. He loved to see others succeeding. He would even buy food for the homeless in the street and I will forever thank him for teaching me life,” said his tearful widow.

Zororo Phumlani, the Doves Funerals international arm, facilitated the repatriation. Masango will be buried in his home village on Saturday morning. H-Metro