Mine workers were on Saturday treated to free drama when a lady humiliated an engineer in front of his wife in Kadoma.

Engineer Kingston Deshe’s, (51), lover Fungai Jani, 21, invaded the former’s place of residence where she was attacked and stripped naked by Deshe’s wife, Mary Katsande, together with daughter Debra. 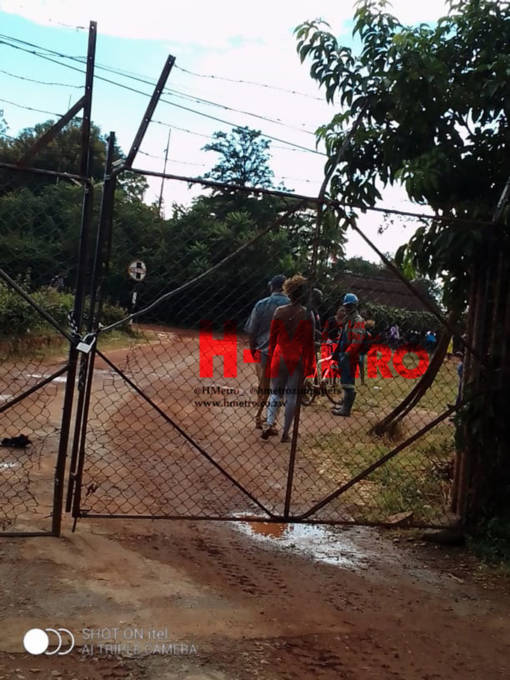 “Jani was later given her lover’s shirt to put on after her dress was ripped to pieces,” revealed a source.

Deshe told H-Metro that the incident occurred in his absence.

“She was assaulted in my absence so I am not in the picture of what actually transpired,” he said, refusing to answer further questions.

Katsande confirmed assaulting Jani saying it was better for her to explain the reason for her beating.

“I cannot comment much about the incident since I do not work at Golden Valley Mine, ndinekubasa kwanguwo kwandinoshanda,” said Katsande.

“ e lady is in a better position to explain to you why I assaulted her,” she said.

“Yes, I taught her a lesson and I am sure she can tell you her issues that left her half-naked,” said Debra.

Jani refused to entertain H-Metro saying the issue was being handled by the police.

“I have no comment. The case is now in the hands of the police,” said Jani.

Jani was reported to have decided to invade Deshe’s place of residence arguing that the latter had stopped communicating with her and was not answering her calls.

She was spotted by a security guard loitering outside the gate several times before she approached the guard for permission to enter the residential area. H Metro