Drinking from the dead 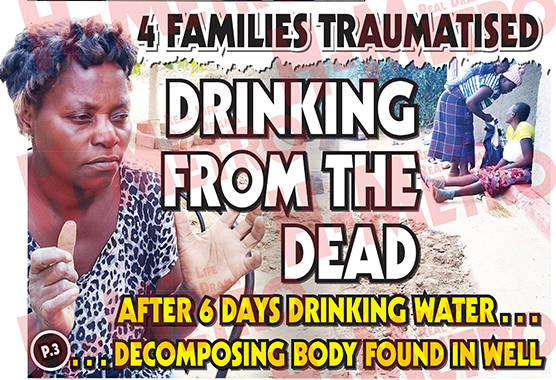 Four Hopley families were left traumatised on Tuesday after discovering that they had been drinking water from a well that had a dead human being for six days.

The families continued to drink water from the well without realising it contained the body of 33-year-old Bowen Mutori who had disappeared for six days.

When the stench became too strong, a decision was then made to empty the well.

Police retrieved the body on Tuesday and took it to Sally Mugabe Central Hospital mortuary for post-mortem.

Provincial police spokesperson Inspector Simon Chazovachii confirmed the incident saying police were treating the case as murder and appealing to anyone with information that may lead to the arrest of the perpetrators.

Chikomborero Chiwona ( 39), who discovered the body floating in her well, told H-Metro that four families had been drawing water for use without realising there was a body in the well. 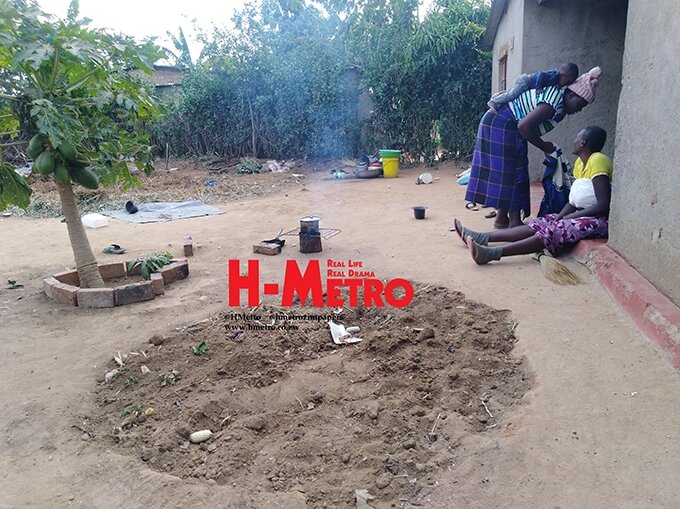 “We tried to empty the well because of the stench from the well but nothing was found on only to discover the body floating the following day. Mwoyo wakamira izvezvi. 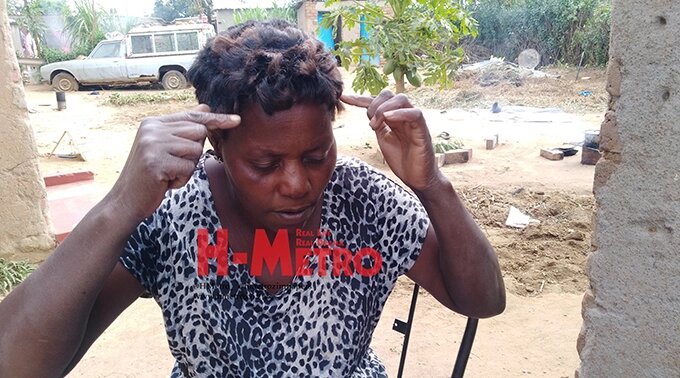 “We used to fetch water for drinking and watering our garden, but we are now forced to look for alternative sources of water,” she said.

She added that, as per tradition, they had taken one of their blankets to wrap the body accompanied by a prayer that the deceased’s spirit fights the “murderers”.

Insp Chazovachii said information at hand indicated that the deceased went to his home and some people came looking for him in a car leading to his disappearance only to be found dead after six days.

“At around 2100 hours, it was reported that he saw an unknown vehicle passing by the road outside his house and told his wife that the motorist was looking for him.

“He was reported to have put on his shoes and went away only to be found dead six days later. His body was found floating in a well at a house in their neighbourhood.

“The owner of the house where the body was found is reported to have been drawing water from the well unknowingly, forcing them to try and empty the well after an unpleasant smell came from it.

“The families continued to draw water from the well until they discovered the body floating.

“The body had a swollen face and bruises on the neck and police are appealing for information that may lead to the arrest of the suspects,” said Insp Chazovachii. H-Metro