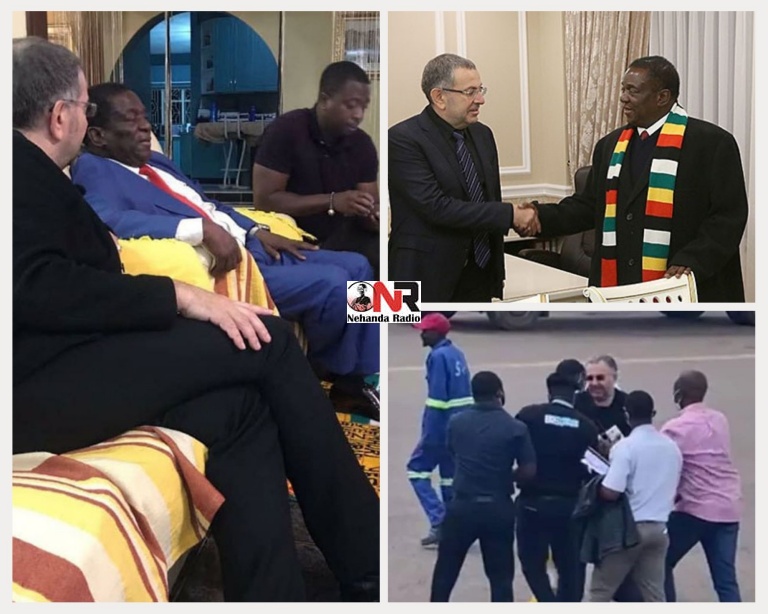 The businessman, who has close links with Belarus strongman Alexander Lukashenko, has been actively involved in facilitating multi-million-dollar business deals between Zimbabwe and the Belarus government.

Some of the deals included acquisition of agricultural machinery and Zupco buses from the Eastern Europe country.

Zingman has been photographed many times with Mnangagwa, who has previously used his private jet.

According to foreign media reports, Zingman was arrested by Congolese police and army in Lubumbashi while he was about to fly to Harare, and his charges are yet to be made public.

Former Zanu PF minister denies being raped by Mnangagwa as a…

Aftrade director Aleh Vodchyts and Italian businessman Paolo Persico, were also detained with him, according to EuroRadio.

Zingman reportedly met Kabila in Lusaka, Zambia, before flying to Lubumbashi in south-eastern

DRC, where he met some business associates.

According to a whistleblower, Zingman was arrested as he tried to board a plane at Lubumbashi Airport on Wednesday last week.

“(Mr) Zingman was detained, along with his colleagues and the entire crew of his aircraft, which includes an Italian national. There are serious concerns regarding the safety of those who have been detained, particularly as it comes just a month after former Italian ambassador to DRC, Luca Attanasio, was killed in the country,” the whistleblower said in a statement.

Zingman has been instrumental in the signing of eight agreements between Mnangagwa’s administration and Lukashenko which cover various aspects of education and training, science and technology, agriculture and legal issues such as extradition.

The agreements include construction of a road and rail network, under a tripartite arrangement involving Zimbabwe, Belarus and China, to link the Indian and Atlantic oceans, across southern Africa and through Zimbabwe.

Reports also said Mnangagwa’s visit to Belarus, which was highly publicised as a strategic State visit to seal business deals worth US$350 million spanning across various sectors of the economy was, according our sister paper Zimbabwe Independent, primarily meant to inspect military and intelligence surveillance technology manufactured in the Eastern Europe country, with the possibility of placing orders.

Mnangagwa’s visit to Belarus in January 2019, which came two years after assuming power through a military coup that toppled the late Robert Mugabe, was at the invitation of Lukashenko.

Contacted for comment last night, presidential spokesperson George Charamba said: “You want me to comment on a decision made by another country on a Belarus national. This issue is a diplomatic issue which does not need shortcuts. So you have to follow proper procedures.”

Vaccine certificate will soon be a passport: Chiwenga