ZANU PF national political commissar Victor Matemadanda has said that the ruling party will not regret the downfall of opposition MDC Alliance and its leader Nelson Chamisa. 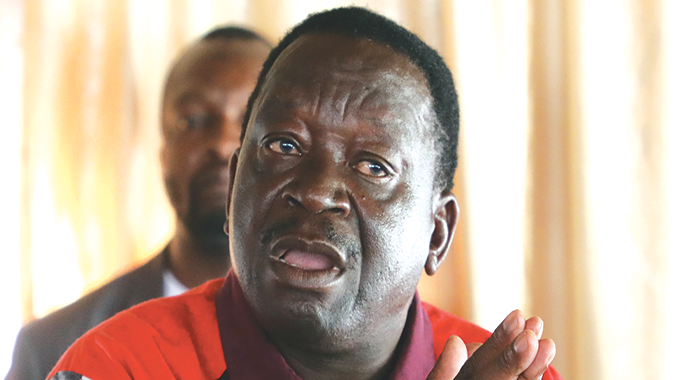 Matemadanda said this while addressing a Zanu PF Mashonaland East provincial co-ordinating committee meeting held in Marondera on Sunday, where he told delegates that the revolutionary party would never surrender the country to the opposition.

He likened Chamisa’s demise to a “melting burning candle”, adding that Zanu PF would ensure his total annihilation.

His statement came at a time the MDC Alliance has suffered heavy losses in recent weeks, where 48 legislators and more than 80 councillors were also recalled by the rival MDC-T camp led by Douglas Mwonzora.

The MDC Alliance also lost its headquarters and government grant to the MDC-T.

A number of top former MDC Alliance officials have defected to Zanu PF among them former senators Lilian Timveos and James Makore.

“As we speak, MDC Alliance is going down. This is because the likes of Chamisa unscrupulously rose to power,” Matemadanda said.

“The party (opposition) is melting like a burning candle. We are not yet through (with them); very soon we will be announcing what we call big names. They are coming back home,” he said.

Matemadanda, who is also the Defence deputy minister, added that Zanu PF would never donate the country to the opposition, saying the casualties suffered by the MDC Alliance were meant to decimate it.

“Now he (Chamisa) is crying accusing Zanu PF of being behind his demise. You think that we liberated this country to surrender it? If that is the case then we need to be examined by psychiatrists. Do you think that we missed a greater part of our youth days liberating this country to donate it? Are we donors? We will defend ourselves,” he said.

The outspoken war veterans’ secretary-general, however, also stated that the MDC Alliance turncoats should work hard to recruit for the ruling party.

“Those who are coming should work for the party. For example, Timveos has invaded Zvishavane and is doing well that side. Zvishavane is roaring,” he said.

Chamisa’s party at the weekend said it was mobilising for a citizen convergence to challenge Zanu PF’s abuse of State institutions. News Day