Two Mhondoro men allegedly stole donkeys before killing the owner and another neighbour who had come to recover them. 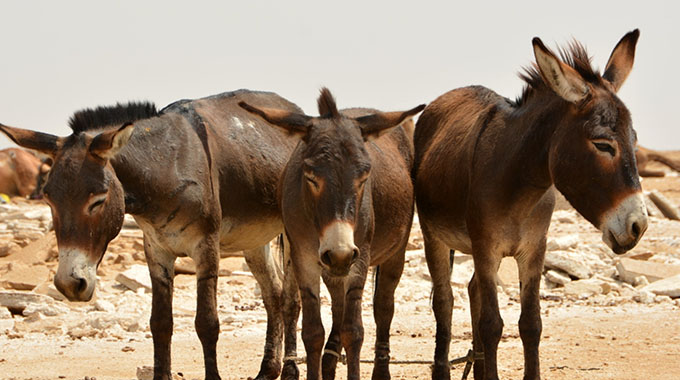 The incident occurred at Makan’a village under Chief Chivero.

Mukarati discovered on March 18, that his donkeys were missing and he embarked on a search.

He managed to trace them to the suspect’s homestead.

Mr Mukarati went back home and informed his neighbour Nyakudya.

The pair went after the donkeys last Saturday.

They found the suspects, Kumbirai Chihota (27) and Oncemore Chihota (24) herding the donkeys, and after a confrontation, the suspects fatally attacked the two with a machete and an axe.

Soon after killing them, the two ran away.

National police spokesperson Assistant Commissioner Paul Nyathi confirmed the incident and appealed to the public for information which may lead to the arrest of the suspects.

“The police are appealing for information that may lead to the arrest of two suspects who are at large in connection with a case of murder which occurred on March 20, 2021 at Makan’a Village, Chief Chivero, Mhondoro.”

“The first victim Mukarati discovered that his donkeys were missing on March 18, 2021 and alerted the second victim Nyakudya who helped him to search for the donkeys.

“On March 20, 2021 the duo confronted the first suspect (27) after receiving information that he had allegedly stolen the donkeys.

“The two suspects, then teamed up attacked the victims with stones. They later struck the victims with a machete and an axe. Investigations are in progress. Anyone with information should report at any nearest police station.” The Herald