Police have thwarted an ongoing out-of-court settlement in a case in which Mike Chimombe is being charged with attempted rape and forcing a teenage girl to film him while he had sex with his lover. 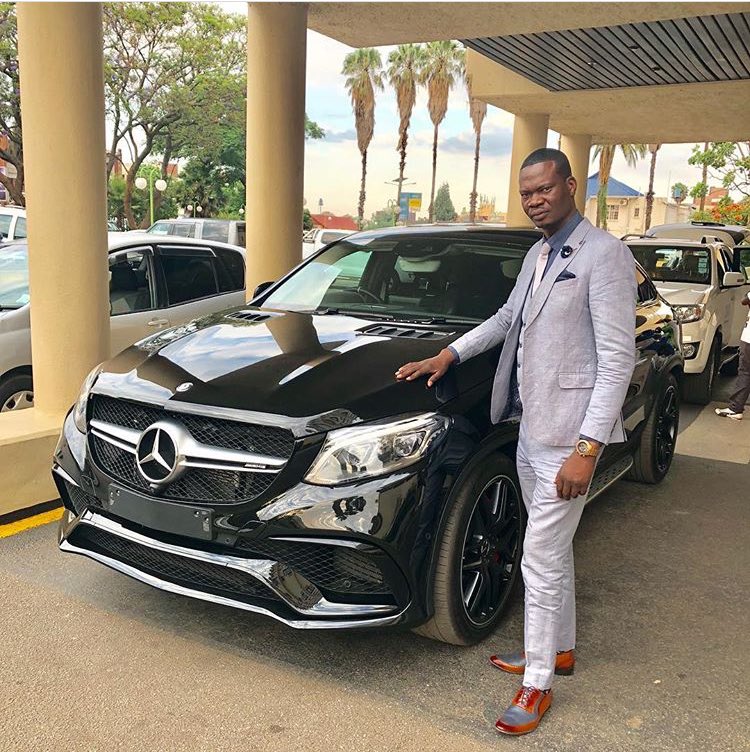 The case, reported at Avondale Police Station on February 17, had appeared to have gone cold amid reports that Chimombe and the victim’s relatives had engaged in a process to settle out of court.

However, Police spokesperson Paul Nyathi told Zim Morning Post that the case could only be settled by the National Prosecuting Authority.

“With questions regarding the status of Police investigations on Mike Chimombe’s alleged attempted Rape case, please be advised that Mike Chimombe was questioned by Police and full docket was compiled,” Nyathi said.

‘We have been working beyond call of duty’…

“The docket is now with the National Prosecutor General’s office. The Complainant has been duly advised to approach the Courts if she intends to withdraw the charges,” he added.

One of Harare’s biggest spenders Chimombe, famed for washing his hands with champagne and living the life of extravagant parties, is fighting to maintain his integrity after a police report was filed under RRB 46282481 in which Zanu PF Mashonaland West official Abigail Gava backed by several complainants alleged that Chimombe had attempted to rape a teenage girl (name withheld).

The Zanu PF national youth league indigenisation and empowerment secretary, is said to have earlier forced the girl to record him as he had sex, at a Harare Lodge, with a woman identified as his second wife.

Quizzed over the allegations on Friday, Chimombe denied any wrongdoing. He, however, declined to respond to questions surrounding the legality of the process to settle out of court.

Principal complaint of the February 17 report, Gava did not respond to questions sent to her mobile phone, despite the WhatsApp messages showing that they had been read.

A man who later picked up Gava’s phone call from Zim Morning Post said the phone number did not belong to Gava, perhaps a suggestion that the two warring parties were now on talking terms.

“I don’t know any person who was raped or any attempted rape, you have the wrong Gava. If I want to protect my …(relative) I will protect without the inclusion of the media. Please do not call my number again,” he said.

A quick search on the Ecocash platform proved that it was Abigail Gava’s phone number.

Businessman-cum-socialite, Chimombe was briefly on the run after a police report was filed at Avondale Police Station under RRB 46282481 on the Wednesday of February 17.

As police tracked him down, he emerged on February 19, announcing that he had contracted Covid-19, a development which ceased the police search and saw him go into mandatory quarantine for two weeks.

Following, Chimombe’s recovery, police sources say the case was shifted from one office to another without any finality.

In recorded statements, it is alleged that sometime in November 2020, Chimombe lured a teenage girl (name withheld) to Primrose mews – a Harare lodge – where he asked her to film him as he had steamy sex with his lover.

It was further alleged that on another day, he again lured the girl to the same Harare lodge, and working in connivance with his lover, requested the girl to join them for a three-some.

Chimombe kissed the girl in question and caressed her as he attempted to turn her on but she managed to wrestle free from his grip before fleeing, it is alleged. Chimombe denies the charges.

In the following week after the report was filed, Gava clashed with Chimombe after tracking him and chasing him down.

“The two scuffled when Abigail confronted him over the allegations,” a close family source said.

Police then made strenuous efforts to locate Chimombe but he was evasive, only to later announce that he had contracted Covid-19 after being tested at a Harare hospital, a day after the report had been filed.

A top Zanu PF official and businessman (name withheld) was said to have tried to offered money to the victim’s relatives from making a police report.

While the initial offer was turned down, it appears the warring parties are now locked up negotiations. However, police say the matter will be determined in court. Zim Morning Post

Were Bosso robbed in ‘76 title race?

Businessman Mutarisi clashes with landlord over US$27,000 rental arrears

‘We have been working beyond call of duty’ – says…