Driver crashed by own bus 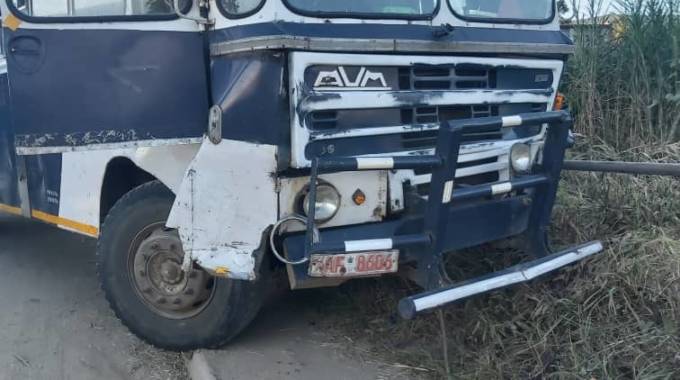 A bus driver employed by Murerwa Bus Company which is attached to Zupco under the current franchise system died on the spot after he was crashed to death by his own bus last night in Mutare.

He could not be drawn into revealing the name of the deceased as his relations have not been notified yet.

Circumstances were that the driver disembarked from the bus which was stationary but its hand brake failed resulting in the vehicle moving unattended and crashed him to death.

Land barons parcel out land for US$3