Two Gweru police officers are battling for life at a local private hospital after they were allegedly shot by a gang of six gunmen, while responding to a robbery at a businessman’s house. 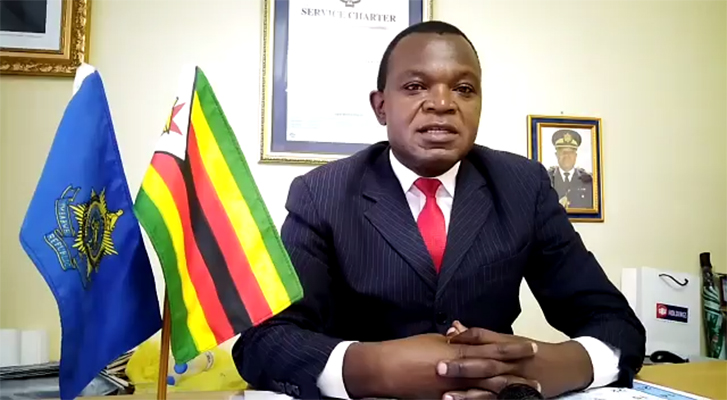 Following the swift reaction by the police, the robbers only got away with US$230 and a Mazda MPV vehicle which they dumped a few metres from the house before disappearing into the night.

The robbers had allegedly taken the family of the businessman hostage and had started torturing his relative to coerce him to give them money they assumed he kept in his house.

He said police were not releasing the name of the businessman and where he stays for security reasons as investigations are underway.

Asst Comm Nyathi said one robber allegedly scaled the pre-cast wall, forced entry into the house and demanded money from the businessman while pointing a gun at him.

He said when there was some resistance from the businessman five more robbers armed with pistols entered the house.

“Information we got is that some police officers reacted to a robbery that was taking place at the businessman’s house in Gweru. It is said one robber entered the house first and when he faced some resistance from the businessman, five more robbers got into the house and took the family hostage and tortured one of his relatives. During the robbery, the businessman managed to contact the police who responded swiftly,” said Asst Comm Nyathi.

He said the police arrived at the house unexpectedly disturbing the robbers who started shooting at them.

Asst Comm Nyathi said two police officers were shot before reinforcements were summoned to the scene.

“Sensing that police reinforcements were on their way, the robbers decided to flee and drove off in a Mazda MPV which they dumped just a few metres from the house before fleeing on foot into the dark of the night,” he said.

Asst Comm Nyathi said the robbers went away with US$230.

He said the two police officers were taken to a local hospital where they are being treated for gunshot wounds.

“What I can tell these robbers is that the long arm of the law is catching up with them. We are going to arrest them because we have leads,” Asst Comm Nyathi said. The Chronicle