Soul Jah Love felt neglected and wished to die, days before his death, it has emerged. The chanter revealed this in an unreleased song being held at Sunshine Studios. 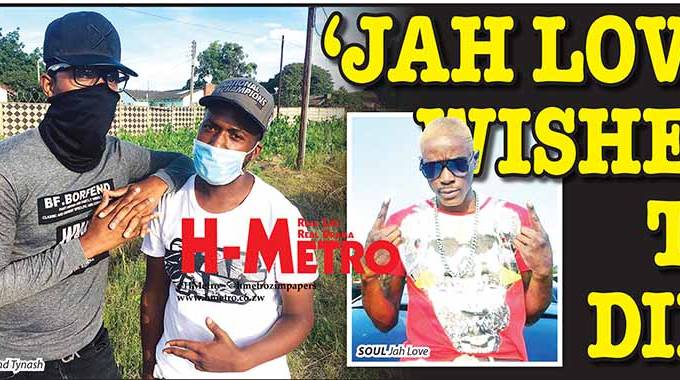 Titled Ndichafa Rini, the song is set to be released today.

It is part of the five songs the chanter recorded at the Kuwadzana-based stable.

Speaking exclusively to H-Metro on Thursday, one of the producers Shelthang – real name Shelton Masiwa – said they will release it before burial.

Soul Jah Love: The humble King who cared less about the…

‘Rest easy Sauro, may heaven give you what life…

“It’s a touching song, one of the songs that makes you think deep when recording it.

“We just thought it’s one of those songs and since he had many problems in life. Little did we know that he is singing his death. The started making sense when we heard of his death.

He was singing about his death,” said Shelthang.

He said Jah Love – in the song – pleaded to God that it is time for him to die.

“I may not give the lyrics verbatim but he sang ndichafa rini, munhu wese arikuda kuti ndife, vandiregerera handichatya kufa.

“We will release this song tomorrow (Friday) and that is our won way of honouring the Zimdancehall legend. We have already mastered it and ready for the market.

“In terms of the other four songs, we will give ourselves enough time so that we come up with a good project,” he said.

One of the proprietors at Sunshine Studios, Tinashe Mahechani, popularly known as Tynash, said the song is a masterpiece.

The duo is known for producing several hits including Pamamonya Ipapo – one of the later chanter’s all-time hits.

“We have done our best and Soul Jah Love rarely misses. At Sunshine Studios we worked with Sauro on a number of projects and most of them went on to top the charts,” said Tynash. H-Metro

Soul Jah Love: The humble King who cared less about the crown

‘Rest easy Sauro, may heaven give you what life stole’