Bulawayo City Council workers have downed tools over poor salaries, a development that has crippled some critical services such as refuse collection and burials.

Residents are failing to access primary health care as clinics are closed.

At Hyde Park Cemetery, relatives of a deceased person had to scoop water from a grave, which is normally the work of council employees.

‘Zim is losing skilled people more than countries that…

An undertaker at a local parlour said they had to deepen a grave that did not meet the standard depth as council workers were nowhere to be seen.

The stink of uncollected garbage at sanitary lanes in the city and some residential areas has already become intolerable.

The ongoing strike started on Wednesday and workers have vowed not to return to work until their grievances are addressed. Council has a workforce of about 3 600 employees. The least paid BCC worker earns a basic salary of $1 900.

According to the Zimbabwe National Statistics Agency (Zimstat), the latest Poverty Datum Line (PDL) for an average family of five stands at |
17 244,07.

The workers who fall under the Zimbabwe Urban Councils Workers Union (ZUCWU) have accused council management of failing to address the issue of poor salaries.

In December last year, the workers staged a sit-in as they demanded to be paid Covid-19 allowances and asked management to increase their salaries, which they said lagged far behind the living wage range.

The sit-in saw long winding queues at council clinics in a number of suburbs as people waited patiently hoping to be attended to by nurses.

He said what workers were being paid could hardly meet basics which was a confirmation that council was insensitive to the plight of its workers.

“Yes, it is true that we are on strike because we are incapacitated due to poor salaries. This is an ongoing process and we will not return to work unless our demands are met. The employer negotiates in bad faith and has grossly proved that in terms of priorities, workers’ salaries are at the bottom and we demand an immediate stop to that,” he said. 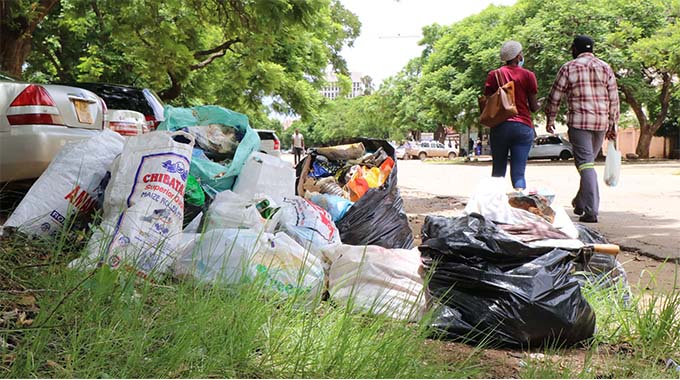 “Most workers’ families cannot afford even basics because of these poor salaries,” he said.

Mr Sibindi said the industrial action was meant to push council management to increase the workers’ salaries as agreed at the December 7 works council meeting.

Mr Sibindi accused council management of failing to meet its obligation of increasing salaries and paying salaries on time.

Rates have already increased by 372 percent with effect from this month following Government’s December approval of the city’s $551 million supplementary budget.

Mr Sibindi said there was no excuse for council to fail to review workers’ salaries upwards following the approval of the 2021 budget.

“Some of the workers are on strike because they want a salary increment. We are saying while our budget has been approved, we haven’t seen the correlation between the new budget and the collect sheet. We have seen what would be realised from the new budget especially during the lockdown period,” she said.

“Sadly, while the employer is still working on considering their request, they decided to down tools, but we are engaging the workers.”

“Generally, we had a problem yesterday and we also noted that general hands and undertakers did not turn up and our cemeteries, resulting in some funeral parlours doing some of the work.

The refuse collection did not honour yesterday’s schedule and it is quite unfortunate that workers resorted to downing tools before we got to the negotiating table, but we are still trying to convene meetings to engage them,” she said.

“Others, especially non-essential workers were already working from home because of the Covid-19 regulations and those are not affecting service delivery.

“Health personnel are an essential service and they are supposed to be at work. In terms of the labour laws on collective job action they are not allowed to go on strike.” The Chronicle.