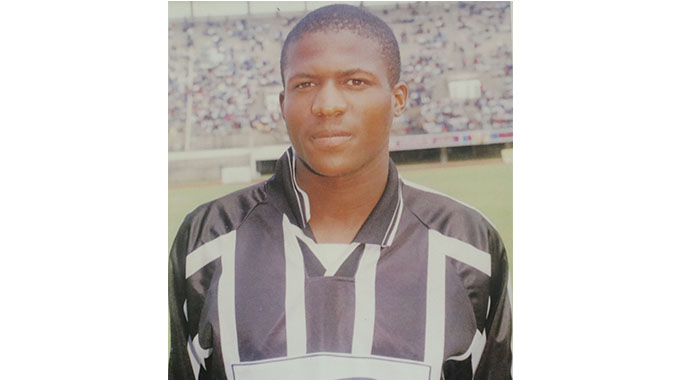 Late Highlanders midfield maestro, Richard Choruma made his last lap at Barbourfields yesterday as the hearse that was carrying his coffin passed through the stadium before he was buried at the Lady Stanley Cemetery.

The hearse made a stop at the tunnel through which buses enter the stadium and players disembark into the dressing rooms.

Highlanders fans broke into song and dance in the tunnel as they celebrated the artistry and mastery that Choruma exhibited on the pitch.

Choruma (42) passed away at Tembisa Hospital in South Africa on 29 December after battling stomach complications and kidney failure.

Hundreds of mourners thronged McDonald Hall as they sought to bid farewell to the former national team player.
Organisers had to restrict people from entering the hall with most of the mourners being asked to follow proceedings from outside to ensure there was social distancing.

Former teammate Zenzo Moyo described Dabuka Express, as Choruma was fondly known, as a humble person and true gentleman of the game.

He said Choruma was a natural born winner, who even at training had high standards and always wanted to come out tops.

A teary-eyed Dazzy Kapenya, who played with him at Bosso, said he met Choruma in the mid-90s as they played money games and he exhibited great skill at a young age.

“Off the field he was a humble, understanding guy who associated with anyone willing to engage and he said from the start that he did not want coaching but was turning out to be a good scout and administrator,’’ he said.

Ronald “Gidiza” Sibanda said Choruma’s ideas were way ahead of his age and exhibited signs of being a good football administrator.

Highlanders committee member, Wisdom Mabhena, who spoke on behalf the club, said Choruma left an indelible mark at the club.

He said they had earmarked Choruma to be assistant coach under then Egyptian coach, Mohamed Fathi but he declined on being approached saying he does not want to go into coaching.

“When Madinda Ndlovu became coach, he enlisted Choruma to be one of his scouts although unfortunately the programme fell through as Madinda went out of the country,” said Mabhena.

Speaking on behalf of the PSL, Highlanders chairman, Kenneth Mhlophe said the local football world has lost a dedicated, disciplined and committed football ambassador branding Choruma not only a role model as a player but also a community leader.

Choruma’s uncle, Innocent Maparura, who facilitated his move to Air Zimbabwe Jets, recalled how the midfielder was on the score sheet on his first day in the Premiership when his team won 2-1 over Black Aces and that marked the beginning of the player’s rise in the game.

Bulawayo Mayor, Solomon Mguni lauded Choruma for his exploits on the field saying he was a true ambassador of Bulawayo hence the decision to award him the civic honour of being laid to rest at Lady Stanley Cemetery.

Highlanders legend and former team manager, Douglas Mloyi said Choruma was a player who would rise up and inspire a win even during difficult games. The Sunday News