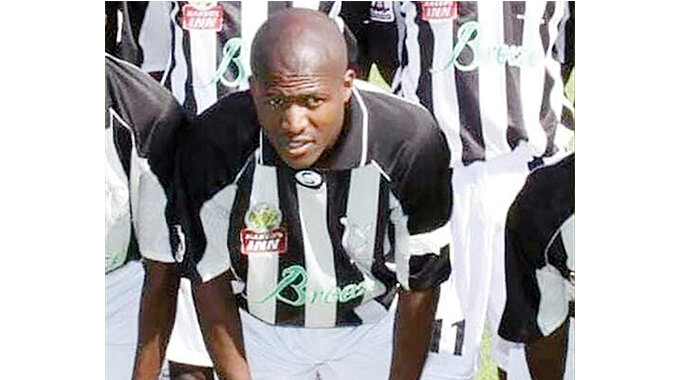 I could feel the pain in Esrom Nyandoro’s voice as he gave me a blow by blow explanation of Rijkaard’s last moments at Tembisa Hospital.

He ran for a wheelchair and reached out for help. Still, the Lord had decided to wither the flower, the beacon of Mzilikazi, the maestro of Highlanders or in simple terms, a former Zimbabwe national team player, more importantly, a friend, husband and father to his beautiful kids.

He had helped put food on the table for some families and it was their last hope.

Their hope is gone!

I saw elders, some on wheelchairs and others on wheelbarrows coming to collect food aid courtesy of Richard Choruma and friends.

They are now all yearning and looking in the sky for answers.

He was very involved in philanthropic work with friends like Esrom Nyandoro, Muzondiwa Mugadza and Matambanashe Sibanda.

He had self discharged from the hospital to spend Christmas with his family.

His vision was timeless.

He was born on November 23, 1978 by his mother, Rita Chizunza in a quiet private affair, but when he left, the impact he created has been felt across the globe. Rita was an avid tennis player and fashion designer and motherly strict to her sons.

Richard never disappointed. He grew with a big heart with lots of discipline and character, but those that know him felt the quiver each time he was doing his business on the field of football. Noel Wadawu, one of his brothers is a tennis director in USA. Another brother Warren took his football career to Australia.

Esrom’s call came barely a few seconds after Lovemore Dube, the former Chronicle sports editor had sent me a text to deliver the message.

It was always going to be difficult for Esrom, having known Richard for so long as teammates at the national team. I was in denial, I had to make few more calls to confirm so I reached out to aunt Irene Chizunza in Australia. She answered in the affirmative and that crushed me.

He fought a good fight.

When history is told about football in Zimbabwe, his name will always be there. He played his part with outstanding humility, respect, finesse, character and discipline.

I got to know Richard some months after his birth when his mother moved to Emakhandeni with her husband, a brother to me, the late Charles Wadawu. Wadawu played for Bulawayo Wanderers, later known as Eagles (Mazhiya).

Every time he and his wife had engagements, I would babysit the little boys, Noel, Charlie and Richard.

Richard would split his time between Emakhandeni and Mzilikazi. He went to St Patrick’s Primary School in Makokoba and Milton High School.

Our relationship came full circle when I formed Phinda Mzala in 1994 and Richard was very central to it. He was merely 16 years old when I threw him into the deep end of a Zifa Division One team. His performance kept improving. I had seen his potential and never doubted him.

He never wanted to disappoint on the field of play. He was a good student of the game, always paying attention to details.

At Phinda Mzala, Richard had a formidable partnership with the likes of Lindani “Limpa” Sibanda, Kelvin Maseko, Gift Lunga junior, Dophi Thawi, Mike Zivira, Mephias Webb (late), Bekithemba Ndlovu, Golding Dube, Malvern Ntini, Witness Gumbo, Njabulo Mathema, Abero Sibanda and Sikhumbuzo Mlotshwa (late). It was a unique developmental project and grew to be one of the most formidable teams in the Zifa First Division, made up of juniors.

He was the glue able to keep Lindani “Limpa” Sibanda straight, which many coaches failed. Those who grew up in Mzilikazi would know the gifted midfielder called Limpa or Maradona’ whom Gift Lunga jr and Richo did some hand-holding all the way. I spent time on Thursday reminiscing with Limpa about Richo.

He said Richo had already lined him to start coaching and how he kept in touch and always helpful. This was giving him confidence in his newly found Christian pathway.

I am proud of Limpa and I know Richo is smiling as well.

Lindani will stand among the best players I ever coached and have come out of Bulawayo. Richard deserves credit for demonstrating exceptional leadership/maturity qualities at such a tender age.

Highlanders signed Lindani Sibanda as Richard Choruma went to Air Zimbabwe and in my eyes that was the starting of the end of Limpa. With no Richo, he took a detour that would define the script. The die was cast.

I had the opportunity to discuss the importance of Richard in his life and Limpa confided that if Richo had been at Bosso at the time with him, his career would have gone far.

Richo was a humble character but very gifted and hardworking. He made big boys on the field look silly. When we played a friendly match against Red Seal Rovers, one of their big guys asked me to take off Richard as he was about to punch him as he kept dribbling him in the process, embarrassing him.

While exciting, the Phinda Mzala project failed due to financial limitations, and Richard did not hide his frustrations to me. That was Richard for you.

He left for Air Zimbabwe Jets, then later Highlanders.

In 2000 he returned to haunt me as AmaZulu coach and him with Highlanders. He would always come for advice but did little to show our long history and relationship on the field of play. He would then rub it in by thanking me after the game when he had done the damage.

That was Richo, always very respectful.

It was not always so smooth between Richard and me as that brotherly relationship got in the way. He made sure to be very professional when on the field, but he would respectfully have some straight talks.

Things came to a head when he went to Bloemfontein Celtics, and he got injured. He was not getting much game time. The national team had a game, and we named him in the provisional squad but little did we know that he had not fully recovered. He came, trained, but something was not working.

His lack of fitness was showing. Long story short, he was struggling to make it into the team. Ernest “Maphepa” Sibanda was the manager. Remember Ernest Maphepha was very involved at Phinda Mzala, it was like a family problem gone wrong.

It was challenging to break the news because of my history with him. I then called him to discuss his performance.

Richard being Richard he started by apologising for his poor performance and made the whole discussion easy. He was candid but equally disappointed as he was a very, very competitive player.

He was honest to himself and the team and, more importantly, to me as the coach.

He boarded that evening a flight back home. I was very impressed with the maturity and ownership of the whole situation.

He was preceded in death by his uncle Nhamo Chizunza and brother Dumisani Dube playing with honour and distinction for Zimbabwe Saints, having grown up in the same house Mzilikazi Y12.

To add to it all, he had Charles Wadawu, the father figure who oozed so much football knowledge. There was Thami Ngcebetsha a local businessman and former soccer player. There was something about Thami and Richo, but he played a significant role in life off the field. Some people do the job and don’t get the credit and let others claim the credit.

The story will not be complete without mentioning one of his friends Muzondiwa Mugadza and all the whole crew from Highlanders, etc.

Richard’s life will forever be cherished in the lives of his children Ruvimbo (Ruru), the twins Thando and Zibusiso and his wife Sifiso (Fifi).

Charles Mhlauri is a former Warriors, AmaZulu and Caps United coach. He is now based in the United States. The Sunday News