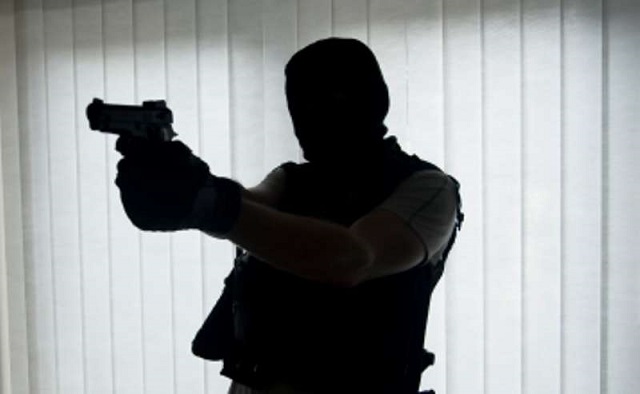 A 35-year-old Rusape man died after being shot five times on Saturday by three armed robbers masquerading as police officers.

The robbers had raided the man’s house along Gopal Avenue.

One of the robbers was wearing a police uniform while his two accomplices were in civilian attire. The robbers did not steal anything after shooting the victim, whose name is yet to be released.

Investigations are still in progress and police have since launched a manhunt for the suspects.

So far, police know that the robbers went to the victim’s house where they knocked at the gate before two of them jumped over a security wall to get into the yard, before confronting the victim’s 65-year-old father and ordered him to sit down and he complied.

The victim later approached the robbers and was also ordered to sit down but refused. They then shot at him five times before they fled. A report was made to the police.

His body was taken to Rusape General Hospital mortuary for post-mortem.

“Again, on December 31, 2020, a 41-year-old man was stabbed on the chest with a knife after a misunderstanding over a girlfriend at Drummond Shops, Makhado, Beitbridge.

He had attempted to resolve a dispute between the suspect and other family members.

In Mwenezi, a six-year-old girl was fatally assaulted by her uncle on December 29 with a switch after she had lost track of cattle she was herding, along with another minor.

In a bid to conceal the crime, the suspect and his accomplice cut off the girl’s private parts and set the body on fire.

They were arrested following a tip-off. The Herald.