The Zimbabwe Republic Police (ZRP) has arrested Public Prosecutor Tapiwa Kasema who consented to the granting of bail to Musa Taj Abdul (46), a serial armed robber who was arrested in August and who had been on the police wanted list for 20 years. 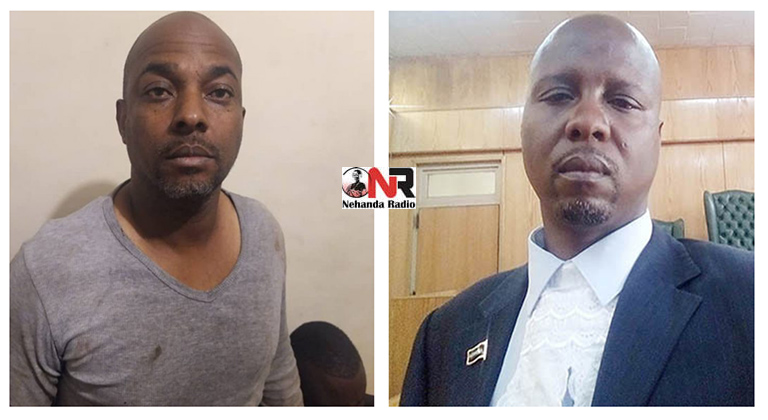 Musa Taj Abdul and Tapiwa KasemaThis comes after Prosecutor General Kumbirai Hodzi suspended the prosecutor after an outcry from the public.

The suspected armed robber and gang leader was on Monday granted Z$5000 bail by Justice Benjamin Chikowero along with co-accused Godfrey Mupamhanga (27), Rudolf Tapiwa Kanhanga (29) and Douglas Mutenda (31), but they will remain in custody as the four are facing fresh charges.

End of road for armed robber

The Police Thursday afternoon have said Kasema has been arrested and placed in custody while investigations are being carried out.

“The ZRP confirms that Public Prosecutor, Tapiwa Kasema is now in police custody. The due processes of the law are now in motion,” read the statement.

Taj Abdul was arrested by police in Beitbridge on August 24 and he is accused of masterminding high profile robbery cases reminiscent of the Chidhumo-Masendeke robberies which kept the nation spellbound in the 1990s.

He is alleged to have committed 53 armed robberies and several murder cases. It has also been reported that Taj Abdul was arrested after several shootouts with the police.

However, Justice Chikowero Monday saw it fit to release him from prison on bail. Chikowero placed Taj Abdul on four bail conditions.

“He deposits RTGS $5000 with the Clerk of Court Harare Magistrates Court.

“He resides at Number 12 Adams Avenue, St Martins Harare until this matter is finalised

“He does not interfere with state witnesses,” read the bail ruling.

Before they could post bail money on Tuesday, police brought up fresh charges against Abdul and his four accomplices and requested that they remain in custody pending their remand hearing on the new charges and further investigations.

Taj Abdul and his colleagues are set to appear at Harare Regional Magistrate Court for their initial remand.

End of road for armed robber