Two Bulawayo schoolgirls have committed suicide after falling pregnant during the Covid-19 lockdown and failing to get psycho-social support to help them cope. 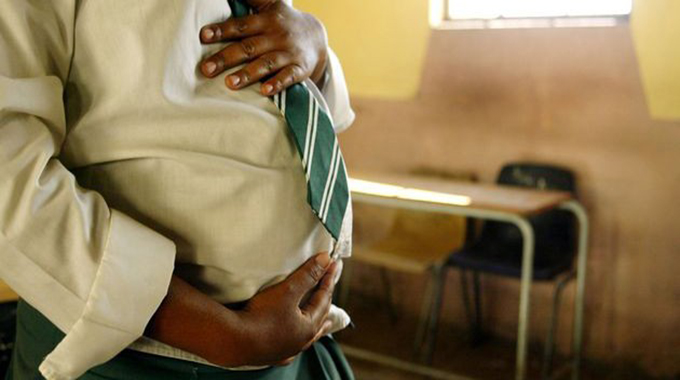 The girls are among the hundreds who fell pregnant over the past few months of the lockdown and are struggling to go back to school fearing stigma and discrimination.

According to recent statistics from Mpilo Central Hospital, one of the two major health institutions in the city, children aged 12 to 16 now account for about 30 percent of deliveries.

Treasury recently set aside $123 million for the provision of psycho-social support for pupils who fall pregnant, a move that reaffirms the Government’s position on the need to protect the rights of the girl child.

Bulawayo residents say no to inclusion of pregnant pupils in…

The Government’s position is that the previous provision that allowed school authorities to expel pregnant pupils was discriminatory to the girl child.

Presenting the 2021 National Budget late last month, the Minister of Finance and Economic Development, Professor Mthuli Ncube, said the allocation would ensure the implementation of the new provision. He said the Government now allows for non-exclusion of pregnant girls in schools and to ensure observance of this provision, psycho-social support will be enhanced hence the allocation of $123 million towards that.

Prior to amendment of the Education Act, school authorities could expel a girl for falling pregnant but, in the event that a school boy was responsible, he was spared, which was seen as discriminatory against the girl child.

The budget allocation follows the approval in August by President Mnangagwa of the amendment of the Education Act.

Zimbabwe is in dire need of psychiatrists and improved mental health facilities to address the growing trend of mental disorders affecting more than 20 percent of the population.

Statistics show that there are less than 20 psychiatrists to cater for everyone and in Bulawayo there is only one hospital designated to deal with mental issues.

Presenting her budget debate report in Parliament on Thursday, the chairperson of the Primary and Secondary Education Parliamentary Portfolio Committee, Ms Priscilla Misihairabwi-Mushonga said she was grateful the education allocation will address some problems being faced by pupils countrywide.

It will take willing school authorities to bring back the pregnant pupils to school which may be their only way out of poverty and underdevelopment, she said, adding that figures released so far could just be a tip of the iceberg as many schools seem to have lost a number of girls during the long Covid-19-induced break.

“I must say that we are going to have a baby boom in 2021 because of what happened with lockdown. We are having a lot of reports of young girls that have gotten pregnant and the psychological support is important,” said Ms Misihairabwi- Mushonga.

“As we speak right now, in Bulawayo we have had two girls that have committed suicide because the psycho-social support does not exist.

“We are happy that we have $123 million and the discussion now is, how do we create the necessary support system to ensure that those kids are supported.”

She recently said she was working with development partners to raise funds and host a massive baby shower kind of a programme to help pregnant pupils with coping skills, advice and how they can pick themselves up and continue with school so they have a brighter future.

Ms Misihairabwi-Mushonga emphasised the importance of sourcing sanitary wear for girls as a way of keeping them in school.

She said the sanitary wear allocation was inadequate, although it will go a long way in providing pads and panties for schoolgirls.

“With the amount of money that we have like $500m, let us try and do international, regional and local tender because some of the sanitary wear that would work are sanitary panties because the majority of our girls do not have panties. Under normal circumstances when they are not having periods, they can run around without panties,” she said.

“I could be standing here without a panty; you would never know but what happens is that when they are having their periods, they actually have to have a panty on. If you give them these disposable ones, you are creating problems of lack of sustainability because you cannot sustain it with the amount of money that we have right now.”

She added that water and sanitation challenges especially in Bulawayo should be addressed.

“The Hon Minister needs to deal with the Bulawayo issue and the rural areas and we need to focus on how we can do the linkages between DDF and prioritise the issue of borehole drilling. We did not see anything around Zimsec and yet we have a lot of kids that may have to rewrite because of the problems that we had around Covid,” she said. The Chronicle