Botswana announced yesterday that it is re-opening some of its borders to passenger traffic from December 1. 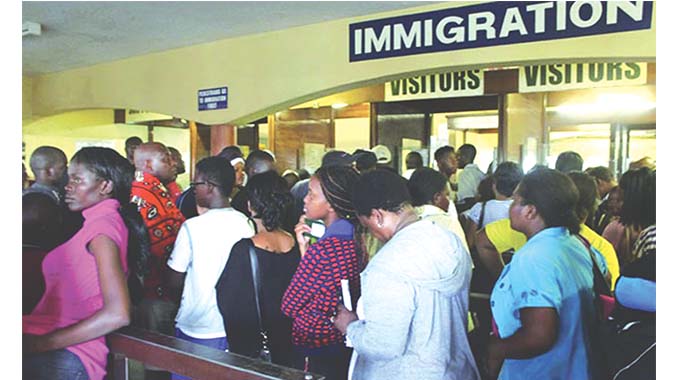 This comes a few weeks after Zimbabwe’s Cabinet approved the gradual re-opening of its land borders on the same day to passenger traffic starting with private motorists and pedestrians.

The borders include Beitbridge, Plumtree, Victoria Falls, Chirundu, Nyamapanda and Forbes and preparations are already underway and at various stages.

Public transport is expected to start using the borders in the first quarter of next year.

The authorities at Plumtree border were processing three million travellers annually before the Covid-19 induced lockdowns, making the port of entry the second busiest after Beitbridge which handles seven million people yearly.

In a media statement yesterday, Botswana’s Ministry of Transport and Communications said the move was part of that country’s re-opening of the economy.

“As part of government’s effort to open up the economy, a decision to lift the suspension of cross border passenger road transport operations has been taken, as a means to provide services to members of the public and business community across the borders,” said the Ministry.

“The following conditions shall apply; abide with Covid-19 protocols, clean the interior and exterior of the vehicles with water and soap or sanitise two to three times a day or after every trip.

In addition, a passenger shall present a valid 72-hour negative Covid-19 result to either bus operator, conductor or driver before boarding the bus and a person shall not be allowed to use public transport without wearing a mask,” read part of the statement.

Under the new set up, public transport operators shall keep a register of all passengers on board which shall be open for inspection by the Director of Health Services or a law enforcement officer

Selling inside a public service vehicle is prohibited and touting is banned.

Further, Public service vehicles shall load as per the authorised seating capacity stated in their passenger permits and there will be no standing passengers. The Chronicle