A dark cloud descended on Manicaland last week following revelations that several illegal gold panners who ply their trade at Premier Estate along Mutare River had been buried alive during a reclamation exercise by a private mining company — Zimgold Fields. 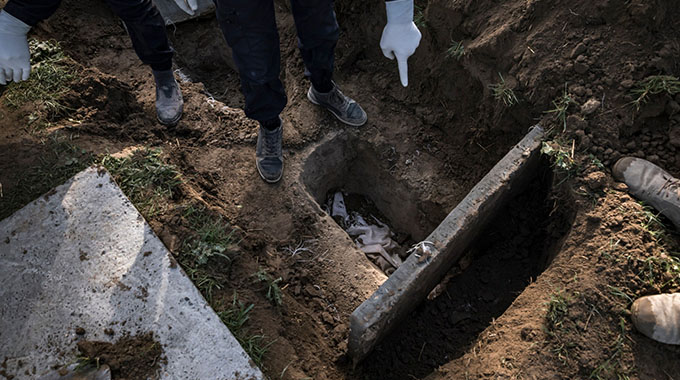 Out of the many suspected to have been buried in the pits, only two bodies were retrieved last Friday and repatriated to their rural home in Buhera for burial.

According to the two’s relatives, Takesure Mutamba and his cousin only identified as Vincent were never supposed to have gone down the mineshaft in the first place.

Jovo Mudzingwa, who is Takesure’s in-law, said he had warned the two against going into the shafts since a notice had been issued for all miners to vacate the area.

Wife demands fuel as a maintenance

Mutamba, who was a pastor with Royal Family Church, would often visit his in-law at Premier, but rarely joined other panners in search of the precious mineral in the area around Mutare River.

But on that fateful day, he went in twice.

“Whenever he was free, Takesure would come here and spend some days with me and my nephew. He would rarely go into the shafts for a long time like other gold panners, he would go in for a short while and come back home.

“On Tuesday evening, he came with Vincent, who was also a gold panner, and told us of their intention to join the other panners in search of gold. I advised them not to go in as everyone was evacuating after the company had told them to evacuate,” said Mudzingwa.

However, the two cousins decided to quickly go in and out of the shaft to get money for food. They briefly came out for lunch and went back in, only for the excavators that were doing the reclamation exercise to come and bury them alive in the pit.

“We tried to look for them the next day, but they were nowhere to be seen so we engaged the village head and the police. They assisted us to get machinery from the company to start searching for them.

“Their bodies were exhumed last Friday and taken to their rural home in Buhera for burial on Sunday. It is so unfortunate that people died in this manner. We hope the others who are said to have been working in other shafts will also be found,” said Mudzingwa.

Random gold mining operations by illegal miners have become rampant at Premier Estate in the past few years, thereby threatening the environment and putting the lives of resettled farmers at risk due to pollution of Mutare River.

The river is a source of water for irrigation and domestic use, but with the mining activities, there is very little water finding its way to the irrigation canals, while the little that is available is dirty.

With thousands of open pits left in the area after abandonment as panners search for new ones, there is serious environmental degradation with little reclamation taking place.

On Monday, Zimgold Fields interpreter, Patrick Matimbe said the company issued a notice for all artisanal miners to vacate the area to make way for a reclamation exercise to fill up all the openings.

“We engaged the police and a notice to all those operating in the area was sent out three days before we began the exercise. Police combed the area and assured us that it was safe to continue. Unfortunately, no one knew that some miners had gone back into the shafts. We will continue with the searches,” said Matimbe.

Other miners confirmed that the area had been cleared before the exercise began, but some of the miners who were desperate to get something before the pits were closed were going in haphazardly.

“Things had become chaotic as people would just go into any shaft to pan for gold. It is unfortunate that they were buried in there. We really hope that their bodies will be retrieved soon,” said Tendai Maisiri.

After nine days of searching, authorities are waiting for missing panners’ relatives to come and report so that they may have an idea of who might be buried in the pits.

Acting Mutasa District Civil Protection Committee chairperson, Ms Caroline Mudawariwo said efforts have not yet yielded results for those who might still be underground.

She said efforts will continue to be channelled towards find them. The Manica Post

Wife demands fuel as a maintenance