Harare City Council’s deal with Clean City Africa for the collection of refuse and management of dump-sites is facing collapse at an early stage, as murmurings by councillors and residents grow louder. 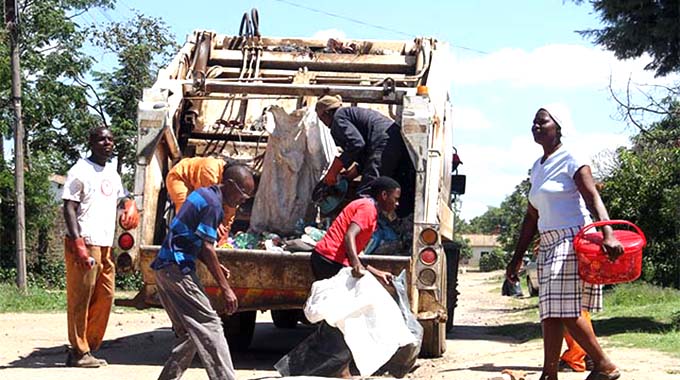 Speaking during a recent full council meeting, the city officials said Clean City was failing to demonstrate its capacity to undertake such a huge project, which has direct impact on the lives of citizens.

Councillors want the deal to be terminated.

“Just because they are failing to clear garbage shows that they are not capable,” he said.

“Let us terminate their deal and try our best and improve on our own.”

Budiriro demolitions: A story of greed, corruption and…

Clr Tichaona Mhetu said: “Clean City is failing to do their job. In some wards, refuse is not being collected regularly and the residents are always complaining.

“If they are failing when they are on trial what more when we have taken them aboard. I propose that we do shifts with the current fleet of council compactors, that is the only way we can stop refuse dumps.”

During the meeting, acting Harare mayor Clr Luckson Mukunguma concurred with Environmental Management Committee member, Stewart Mutizwa, that if the deal was to be terminated, the process had to be done procedurally.

Areas of collaboration under the MoU included refuse collection, dump-sites clearance, repair and maintenance of City of Harare refuse trucks, along with construction and management of waste facilities.

Efforts to get a comment from Clean City were fruitless.

Harare Residents Trust director Mr Precious Shumba said they had red flagged the deal even before it was signed.

“To us, this deal was designed to personally benefit certain council individuals, and not necessarily the ratepayers,” he said.

“One year on, there is abundant evidence that the deal was indeed designed to fail.

Combined Harare Residents Association programmes manager Mr Reuben Akili said the Clean City deal had attempted to deal with solid waste, but there was no consistency.

“Their refuse trucks are too small, hence they end up collecting refuse in a few streets or areas,” he said.

“The dump clearance has been sporadic and not sustained by continuous refuse collection.

City of Harare and Clean City signed a deal in January last year, which allowed the two parties to collaborate in service delivery. The Chronicle

Budiriro demolitions: A story of greed, corruption and battle to control feeding…