A family in Worcester, Western Cape, are in shock after their son died in a horrific crash which also claimed the lives of two others. 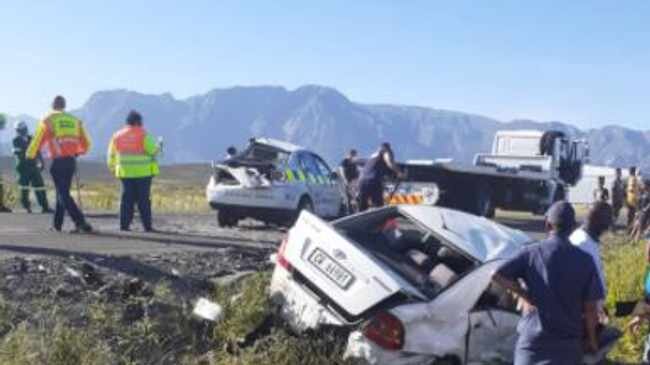 On Friday, Willis Smith, 27, a member of the provincial traffic in Worcester, died when his state vehicle crashed on the Nekkies Road.

Speaking to African News Agency (ANA), Smith’s mother, Shirley Smith, 60, said she last saw her son just before 7am when he dropped off money for her.

“I got up just after 4am to get his lunch, fruit and goodies, ready before he left for work just before 6am.

“And just before 7am, he arrived at home, gave me money for the month and left.

Death will visit us all at some stage, we can’t stop…

“He also gave me his Truworths card as earlier in the week he bought me a top and jeans, but I wanted to exchange the jeans. He then told me: ‘Mommy, go buy you clothes,’ and it was the last time I saw him,” Shirley said.

The mother of three said her only son was like her best friend and she shared everything with him.

She said she had been feeling sleepy all day and as she was gathering the strength to take her daughter to the mall, there was a loud knock at the door.

“Willis’s father’s eldest sister and a relative were knocking loudly at the door. They told me to come quick as Willis was in an accident.

“I was shocked. I asked if he was okay, what had happened, and they couldn’t say anything,” she said.

Smith’s father, Willis Smith senior, a police colonel at the Worcester South African Police Service (SAPS), said he was notified by the tow truck agency of his son’s accident and rushed to the scene.

“I was the first police official on the scene. There were paramedics and traffic officers on the scene. He was on his way to an accident scene when he crashed.

“There are mixed reports about witnesses saying he had a tyre burst and another stating his tyre burst after something in the road pierced his tyre. I am just glad he was not reckless as he was in his lane as he should have been,” Colonel Smith said.

He said he could see his son was not going to make it as paramedics tried to resuscitate him, but there was too much blood flowing from his son’s head.

“I really feel sad for the other family who also lost loved ones in this crash.

“Both our families are broken. I will go visit the other family to convey our condolences,” Colonel Smith said.

As condolences poured in for Smith, his parents described him as a respectable, obedient and loving person who always put others before himself.

He is also said to have made it his life’s mission to care as much for his parents as he could.

“It is alleged that a traffic vehicle collided with a civilian vehicle. The male traffic officer, aged 27, succumbed to death as well as two female occupants of the civilian vehicle aged 22 and one of unknown age.

“An injured person was admitted to hospital. The exact cause of the accident is yet to be determined and a culpable homicide case was registered,” Traut said. African News Agency (ANA)

Death will visit us all at some stage, we can’t stop living our lives –…

‘Police and military brutality in Western Cape will be investigated’…