Chiefs close in on Hunt

Kaizer Chiefs appear to be edging closer to appointing Gavin Hunt as their coach for the new season. According to a Goal source within the Amakhosi camp, the club has already been in talks with the 56-year-old mentor and he’s expected to return to Johannesburg this weekend to have a meeting with the club bosses. 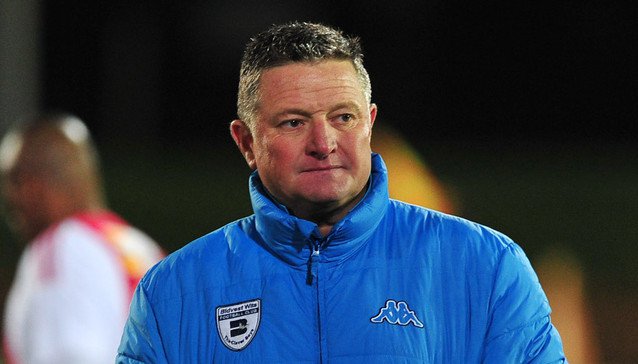 “It looks like Gavin is really coming to join us. ”I hear the club is talking to him but I’m not sure if there are other coaches interested,” the source told Goal.

Hunt is currently on holiday in Cape Town after parting ways with Bidvest Wits last week.

“I think he will be back some time this weekend to finalise the deal with the management next week,” added the source. While the latest news may come as a huge relief for the majority of Amakhosi fans who want Hunt as their new coach, Goal understands that the club’s board is divided on him taking the job.

Media reports suggest that both Stuart Baxter and Benni McCarthy are also in the mix but with Hunt already in talks with Chiefs, chances are that the club will go with him.

Hunt is also expected to appoint his own backroom staff, especially the assistant coach, after Chiefs decided to part ways with Shaun Bartlett.

The Glamour Boys are on a mission to restore the old glory days by winning major trophies again next season.

They fell short of ending their five-year drought this season after coming second behind Mamelodi Sundowns on the final day of the 2019-20 campaign.

Amakhosi last lifted a major trophy when they won the league and cup double during Baxter’s tenure in 2015.

It is for this reason Baxter has been linked with a sensational return to Chiefs even though he recently moved to India. After Baxter’s departure, Chiefs appointed Steve Komphela who was then succeeded by Giovanni Solinas in a shock move. The Herald

Nakamba gives up No.11 shirt