‘We have limited control’, Impala exonerates itself from abduction 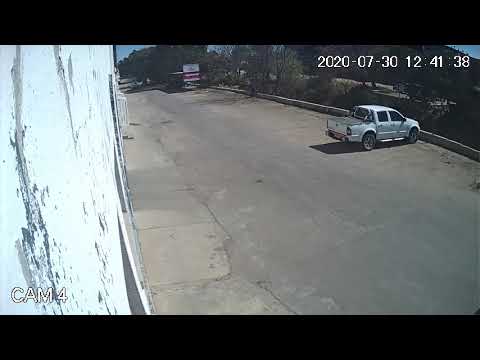 Under-fire Impala Car Rental has said that it had limited control over use of its car in the abduction of and torture of ZimLive editor Mduduzi Mathuthu’s nephew Tawanda Muchehiwa (22) by suspected state security agents.

Correspondence at hand revealed that the car hire company hired out a double-cab Ford Ranger last month used in the abduction of Muchehiwa.

Investigations carried by ZimLive has CCTV footage of the Impala vehicle being used in kidnapping Tawanda at gun-point in Bulawayo’s central business district.

The length of the video footage exposes a meticulously well orchestrated operation that was executed in the abduction of Muchehiwa at Five Avenue Extension in Bulawayo.

Chaos at Harare Court as Haruzivishe is sentenced to 14…

Lucky to be alive: Unarmed Haruzivishe arrested after…

The abduction took place a day before the foiled #31July anti-corruption mass protests against corruption.

Muchehiwa, a journalism student at the Midlands State University, was severely tortured by his captors after he reportedly refused to tell state security agents where Mathuthu was.

Journalist Mathuthu is allegedly on the run after the police revealed intentions to arrest him in connection with the 31st July protests.

Muchehiwa was only released after a High Court judge issued an order for his immediate release.

In a statement Saturday, Impala chief executive Thompson Dondo said the company was concerned that one of its vehicles was used for criminal activities and vowed to report the issue to the police.

“Following a social media video clip which implicates one of our rental vehicles (Registration No. AES 2433) in an alleged abduction for Tawanda Muchehiwa in Bulawayo, Impala Car Rental would like to advise all our valued stakeholders that we are really concerned with this matter.

“As a service provider, we are limited in controlling where and how our vehicles will be used because clients are not obliged to disclose their vehicle hiring purposes.

“It is very possible that some clients may use our vehicles for criminal activities without our knowledge and it is not our intention to cover up such criminals.

“As Impala Car Rental we stand obligated to cooperate with any investigations by the Law Enforcement Agents into this matter so that Tawanda Muchehiwa gets justice,” Dondo said.

Meanwhile, his family and Zimbabweans at large called on Impala Car Rental to disclose the name of the person who hired the vehicle.

According to ZimLive, the name he disclosed did not exist.

“Owner of Impala Car Rental was on SABC last night claiming he gave ZimLive details of the person who hired Ford Ranger in Tawanda Muchehiwa abduction.

“We went to address 2447 Domboramwari, Epworth, looking for Moses Chokure. We are 99.99 percent sure of no such person in Zimbabwe,” ZimLive said.

In May this year, MDC Alliance MP Joana Mamombe and party youth assembly activists Cecilia Chimbiri and Netsai Marova were abducted by suspected State security agents and released after four days with injuries to their body. They also allegedly suffered sexual abuse.