Lyon part of us: Kadewere family

Tino Kadewere and his family are humbled by Lyon’s gesture following the death of their brother, Prince.

Lyon paid tribute to Prince during their match against Manchester City on Saturday in solidarity with teammate Tino.

The French top-flight side did their warm up to the match wearing t-shirts with the message, ‘Rest in Heaven Prince Kadewere’, a tribute to Prince.

Tino to get a feel of Lyon fans

Kadewere to work under Dutchman Bosz 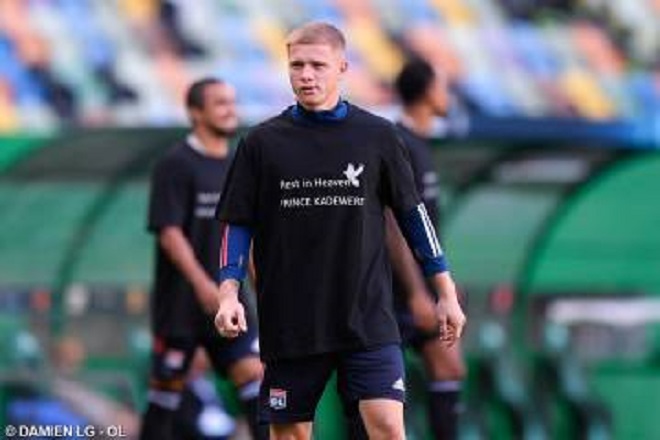 Speaking to H-Metro yesterday, Prosper, an elder brother to the deceased, Prosper, said they are humbled by the gesture.

“It’s something that we didn’t expect. It’s so humbling to realise that they are thinking about their teammate.

“I can say Lyon is now part of us after this gesture, they are more of a family to us. We are all humbled as a family and we know that our brother is also at home when he is in France.

“Yes we are mourning but after seeing such action, you feel consoled and loved,” said Prosper.

Prosper said Lyon sporting director Juninho has been in constant touch with him checking if the burial went on well.

“Look the Lyon manager Juninho has been calling me to check if the programme went well and of course asking the state of their player. But what humbled us most is they are concerned about us as a family.

“He (Juninho) called me when Tino was still in France and said you should be strong, you are on the ground and you need to be strong,” said Prosper.

“We also received calls as a family from his former teams Le Havre and Djurgårdens also to show solidarity with Tino and the family.

“It shows how those guys value a player and we are really humbled that they still consider us as part of them despite that our bother left the clubs,” he said. H-Metro

Tino to get a feel of Lyon fans

Kadewere to work under Dutchman Bosz

Two Chinese ‘agents’ charged in US for targeting…